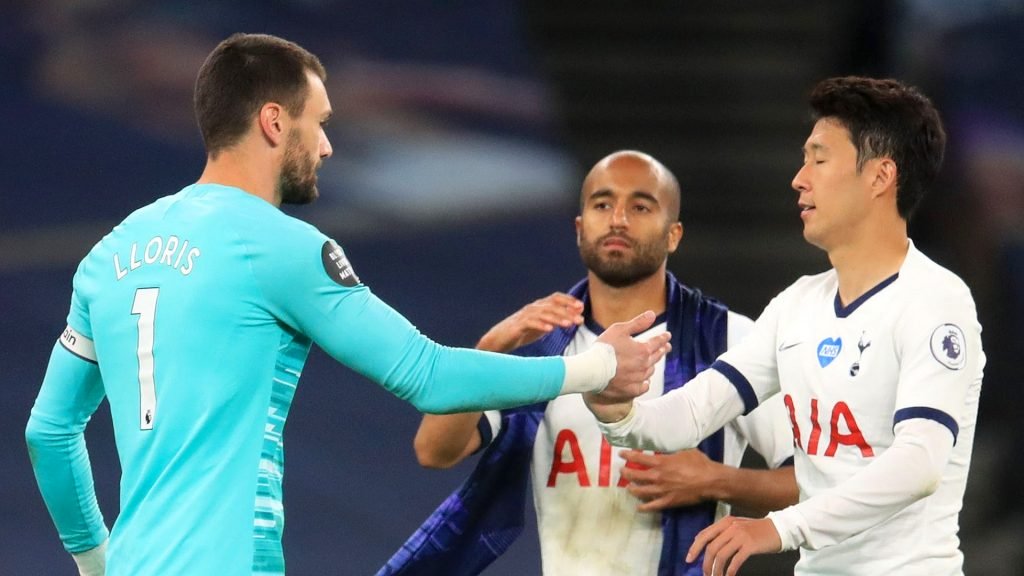 Tottenham Hotspur captain, Hugo Lloris, has explained what transpired between him and Heung-Min Son at half-time, following the 1-0 win over Everton.

The two players confronted each other as they walked back to the dressing room and had to be seperated by their team-mates.

Speaking with Sky Sports after the match, Lloris said he confronted Son, because he allowed Spurs to concede a chance just before the break with his lack of pressing.

“What happened between me and Son is just something that is part of football sometimes, but there is no problem at all.

“You can see at the end of the game we are more than happy to be part of the team and to have the three points.

“To concede a chance six seconds before half time because we don’t press properly. It annoyed me but it’s part of football, no problem, we move on,” Lloris said.

The victory saw Tottenham move up to eighth place on the table with 48 points, one behind North London rivals, Arsenal.

#BBNaija: Cross opens up on Maria having s€x with Pere