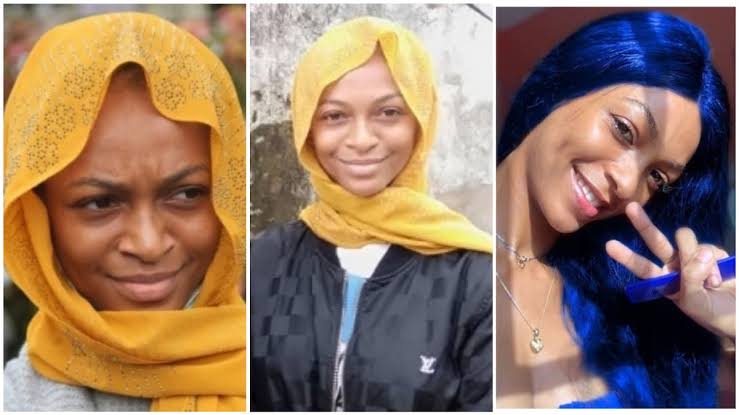 Popular Instagram Comedienne, Adedamola Adewale Rukayat, also known as Adeherself has given a vote of thanks to her fans for their love and support after she was arrested and subsequently released.

The Economic and Financial Crimes Commission (EFCC) arraigned the influencer before Justice Sherifat Solebo of the Special Offence Court sitting in Ikeja, Lagos State, on a one-count charge of possession of fraudulent documents.

The defendant was arrested following the intelligence received by the commission on the activities of some young men allegedly involved in cybercrime in the Lekki axis of Lagos.

She was subsequently released on N500,000 bail, and shortly after her bail, she made a video thanking fans for their support and love.

Mike Godson drags Linda Ikeji, says she is the reason why he is not married (Details)

#BBNaija: Whitemoney finally reveals the ‘special thing’ that attracted him to Jackie B (Video)