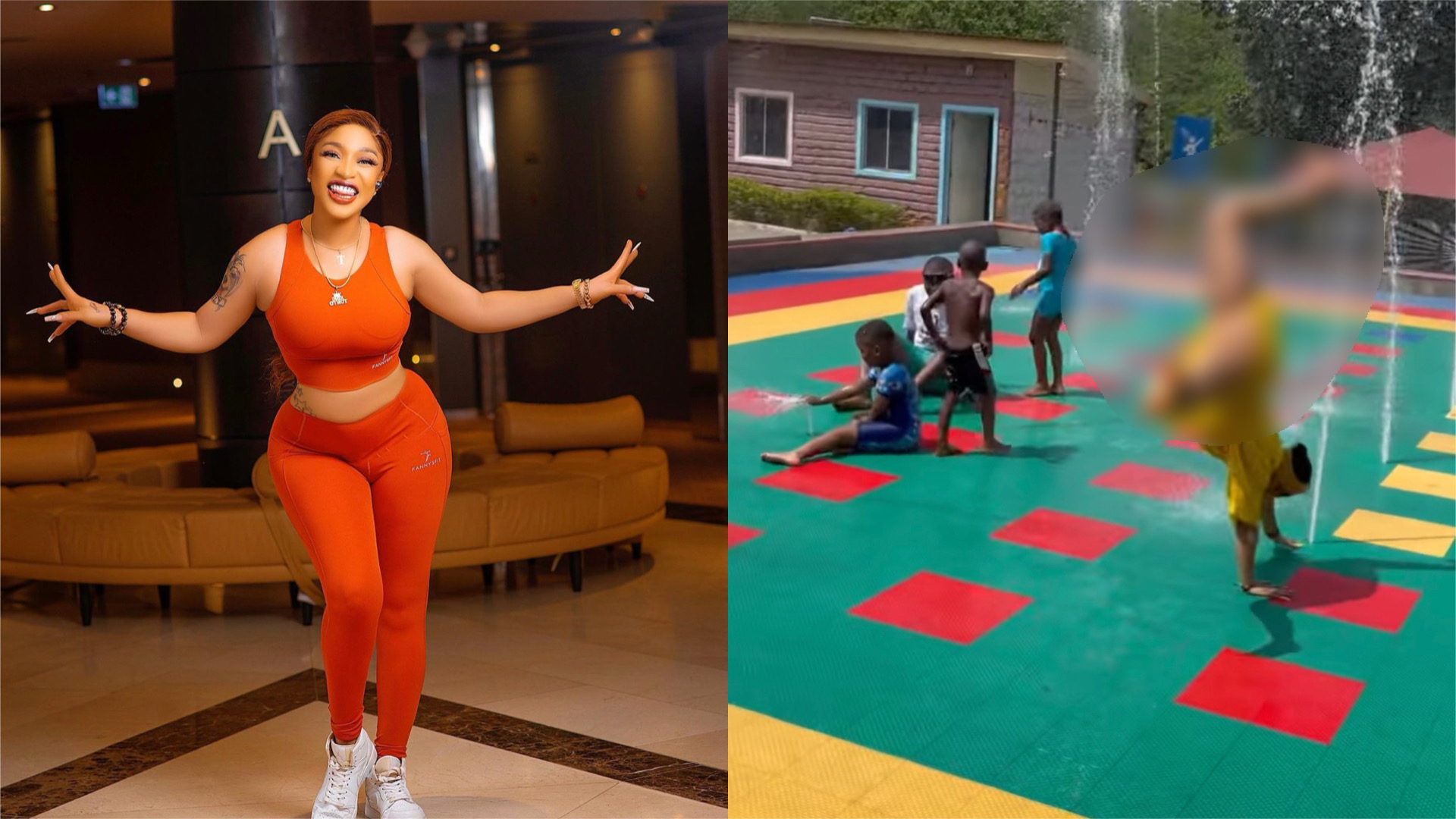 Tonto Dikeh, a controversial Nollywood actress, has spoken out about how Nigerians reacted after she displayed her flexibility skill on a playground which showed off her p*nt.

In a video posted to her Instagram account, the mother of one was seen visiting a playground with her son, King Andre, and others.

While having a good time with her family at the playground, the actress somersaulted, exposing her p*ant.

Some social media users who saw the video were perplexed as to how the actress could have revealed such a sensitive area of her body.

Tonto Dikeh responded by saying that even if social media users saw her delicate area, they could not touch it.

read also: “The baby is so cute and innocent” – Nigerians gush over Yul & Judy Austin’s son as she shows him off (Video)

Weeks after rocky marriage saga, Cute Abiola reunites with his wife on his birthday (Video)