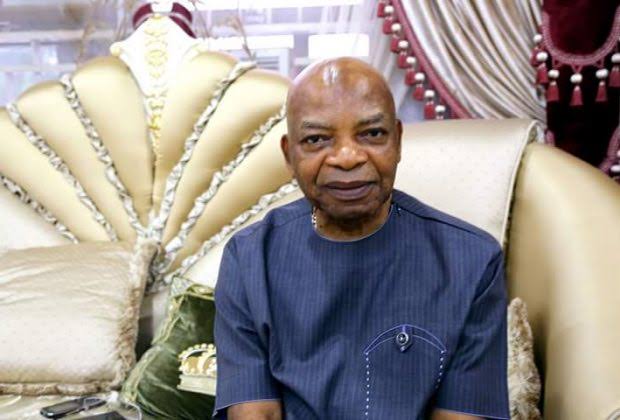 Nigerian philanthropist and oil mogul, Prince Arthur Eze has made it known that if Igbo want to be president of Nigeria in 2023, they must love themselves and be willing to support each other.

Eze who was interviewed by journalists in his country home, Ukpo, Dunukofia Local Government Area of Anambra State said politicians are the major cause of hatred in Igbo land because their desire is to work for their own selfish interest.

He also stated that Igbo people must work with the northerners too if they want to get the presidency because they’re easy to deal with and they embrace unity, emphasizing that notherners they helped him from becoming a nobody to somebody.

“We must love ourselves before we can become president of Nigeria. Politicians are causing hatred in Igbo land, they find it difficult to work with each other. Each desires to work for their own selfish interest.

“Another thing is that we must see a way to work with northerners. I love northern leaders and they love me too. They are very easy to deal with. When I was struggling to be somebody in life, they took me in with trust.

“I didn’t know Abubakar Rimi or Solomon Lar when they gave me contracts to equip their state TV in those days. The north also introduced me into oil business without knowing me or who I was. That is the spirit I want our people to imbibe,” Eze said.

Speaking on the Anambra governorship election which is coming up in 2021, Eze disclosed that his only interest in who becomes the governor was to find one who has the interest of the state at heart and ready to sacrifice for her.

Speaking on the controversy going on lately on the zoning of Anambra governorship position to the south, the businessman said he was more interested in supporting a good man and not a criminal that will punish the people when he gets power for the governorship position than supporting one for reason of where the person is from, but added that he supports a minority zone more.

“As for zoning, I believe that the people who have not been privileged should be given the chance, let them have the opportunity; provided that there is a good human being in that area; not a criminal that will deal with the people when he acquires power.

“Any man from the minority who has not gotten that power should be allowed. This is because if you don’t do that, God can change. God can change situations anytime, he said.”

Tottenham vs Arsenal: Mourinho reacts to his side's 2-1 victory