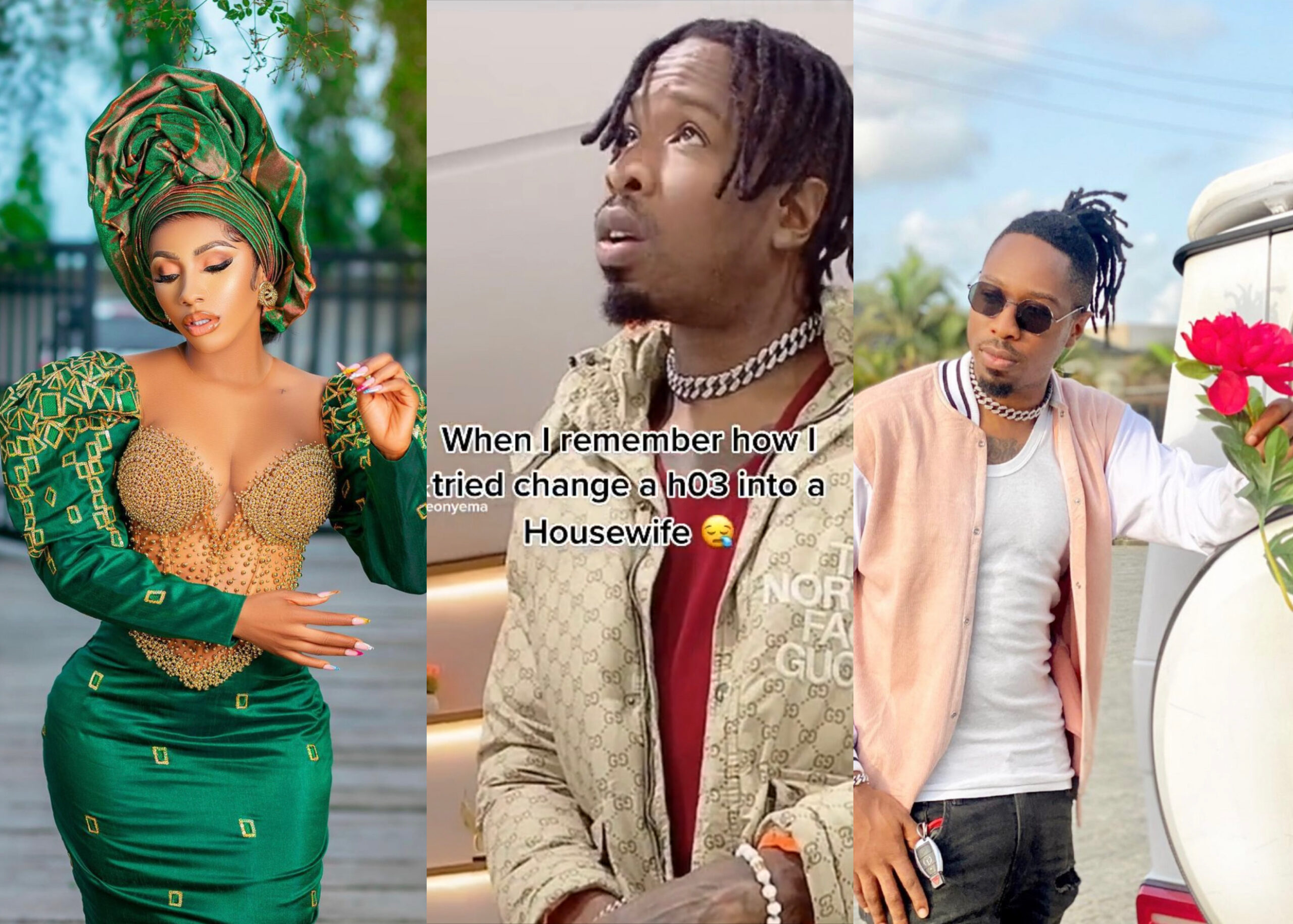 Ike Onyema, a former Big Brother Naija housemate, artist, and blogger has cleared the air over a shady post that many felt was directed at his ex-lover, Mercy Eke. Just on Thursday, 22nd of April 2022, Ike Onyema made a subtle dig at an unnamed person.

Ike Onyema proclaimed his appreciation for girls with natural back-sides in a video that went viral, and many people who came across it said it was a dig at Mercy Eke, who had gone under the knife to get her back-side.

Temi and DJ Cuppy melt hearts as they celebrate their elder sister, Tolani Otedola on her birthday (Photos)

Ike Onyema in another post was said to have allegedly shaded his ex-lover, Mercy Eke by saying he turned a ‘ho3’ into a housewife.

Following the uproar, the singer used his Instagram story to clarify the short clip he made on TikTok which many saw as shaming Mercy Eke. He mentioned how he usually remains silent when it comes to assumptions and guesses, but he was going to address this particular one.

Ike Onyema told the public that he still respects and cares for Mercy Eke, which is why he is unable to shade her. He also reminded the public that the BBN winner is still in mourning over her father’s death, which is another reason he can’t target her.

He added that his TikTok video was not a deceptive post because Mercy Eke is still a part of his path. Ike Onyema revealed to the world that the ex-lovers have moved on and are happy.

“Hey! I usually won’t say anything regarding assumptions and speculations around my post, but I think it’s high time I address this issue, especially if someone I respect and care for is being mentioned knowing fully well she’s going through a loss. My post/TikTok wasn’t in anyway to shade anyone. She was a part of my journey. We’ve both moved on and are happy. Moving forward I hope my post do not seem like a subliminal shade. Thank you”.

Temi and DJ Cuppy melt hearts as they celebrate their elder sister, Tolani Otedola on her birthday (Video & Photos)