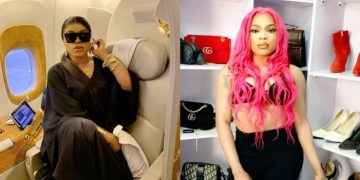 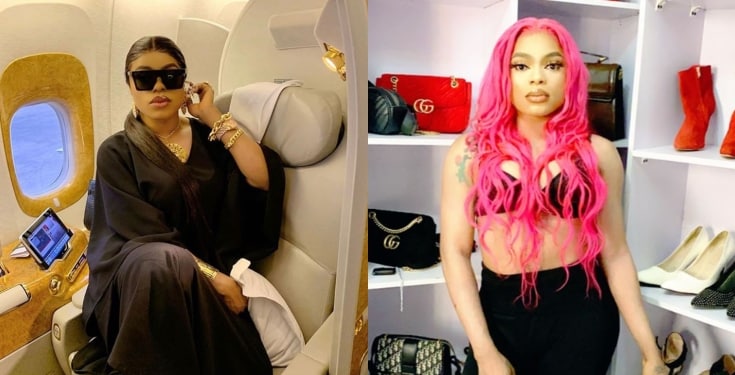 Controversial crossdresser, Idris Okuneye popularly known as Bobrisky, had an interview with journalist Dele Momodu on Thursday, July 30, where he cleared the air about the misconceptions trailing his way of life.

According to the self-acclaimed “male barbie”, he is not a transgender. He made it known that he is a crossdresser who just fixes lashes and hair, to make ends meet and survive.

He also said that he has been into several relationships with girls before and the fact that he is a crossdresser doesn’t mean he is into men.

When he was asked if he has ever been ”tempted to become a gay or bisexual”, Bobrisky responded

”This is a platform I don’t need to lie. There was one time I was thinking of being a bi, like I want to fling both ways that is both the guys and girls but I haven’t made up that mind yet.  The truth is even up till now I still do girls.”

This is coming barely a day after he shared photos of a man on Instagram and referred to him as his true love.

#BBNaija: “I don’t like you, I am just using you to pass time” – Nengi tells Prince (Video) Trend: Here is why "#August5thProtest" is trending