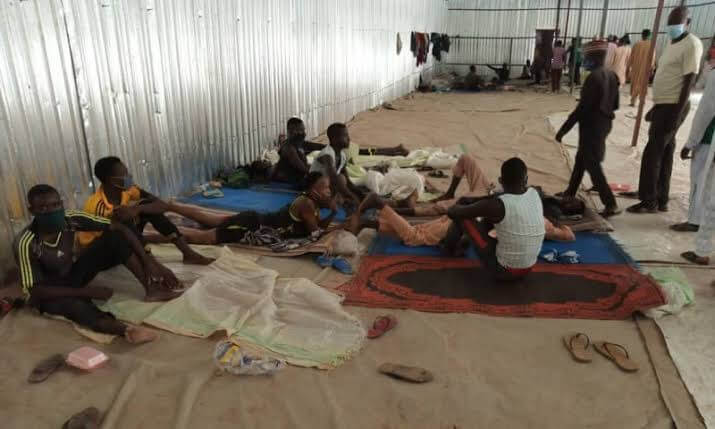 A total of 126 Nigerians were abducted forcefully by an Indian owned company ‘popular farm rice’ located in Challawa industrial area of Kano state.

The 126 Nigerians have now been rescued by the state police and according to the reports, they were promised to be given N5000 aside for their daily wages for working day and night under hard conditions with COVID-19 outbreak in the country.

Four of the company’s senior staff have been arrested in connection to the incident.

“On the 21 June, 2020, at about 6pm.,? a complaint was received from Global Community for Human Right Network, Kano, that some labourers were wrongly confined inside Popular Farms and Mills Limited located at No. 54 Challawa Industrial Estate Kano.

“On receipt, teams of Policemen were deployed and when search was conducted, 126 labourers trapped inside the Factory for three months were discovered. Investigation is in progress.”

The workers in an interview with The Nation explained that the company managers had threatened to sack them if they choose not to work but go home to see their families.

“Our family members are seriously disturbed, as they don’t know the (condition we are in). My wife and my kids used to come to the factory’s gate and I couldn’t go and meet them.

“We were tricked to stay in the factory for five days, then (it was) extended to seven days, then two weeks and subsequently extended to one month. We are now detained for over three months.

“There are about 600 workers in the factory. We are sleeping in a very poor environment. I am appealing to authorities to allow me to go back to my family.” "Don’t be so quick to judge me, I have the biggest heart” – Bobrisky