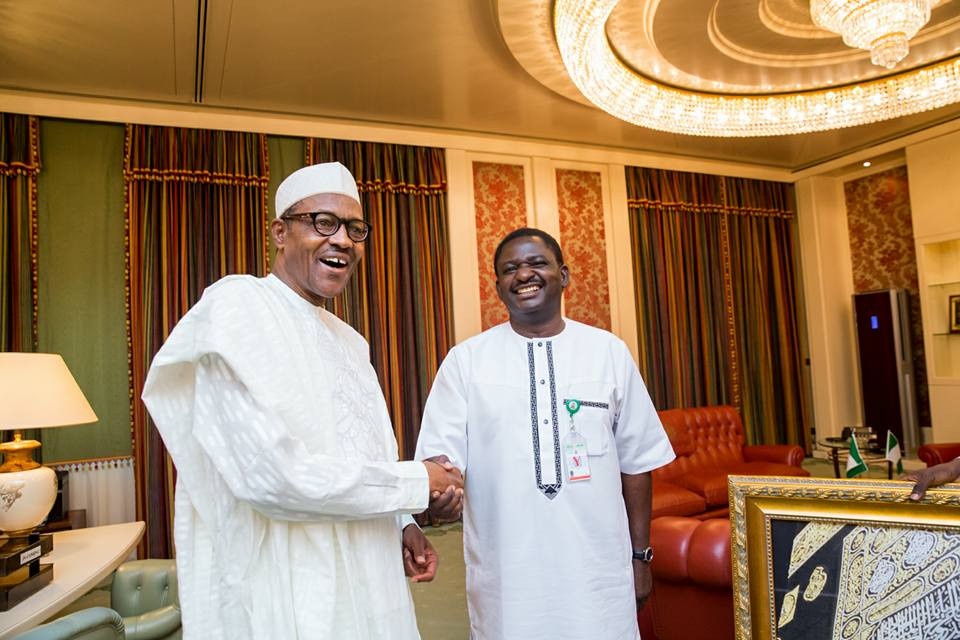 President Buhari’s Special Adviser on Media and publicity, Mr. Femi Adesina has said that his boss is still accepted and popular in Borno state despite the increased terrorist attacks in the state.

Femi Adesina who appeared on Channels TV ‘Politics Today’ on Sunday February 16, disclosed that the booing of President Buhari during his recent condolence visit to the state doesn’t appear to APC members as a sign of rejection.

According to the presidential spokesperson, the dissenting voices in the large crowd isn’t something to worry about as it is normal in democracy.

“We don’t see it as a rejection; if you look at those who came to welcome the president from the airport to the palace of the Shehu of Borno, it was a huge crowd.

“Some 90 to 95 percent were waving brooms and welcomed the president; some dissenting voices in a large crowd like that do not call for worry, its normal in a democracy.

Femi Adesina also stated that the President’s major concern is about the increased attacks across the country because he took an oath to protect lives and property in the country.

“There may be some reversals of the gains made, but then those gains can always be made again.

“The President should be worried, he took an oath to protect the country so if we see lives and property being lost wantonly, the president must be concerned and he is.”

Why we are rehabilitating and reintegrating ex-Boko Haram members - Borno commissioner for women affairs, Zuwaira Gambo

The North will destroy itself-Emir of Kano