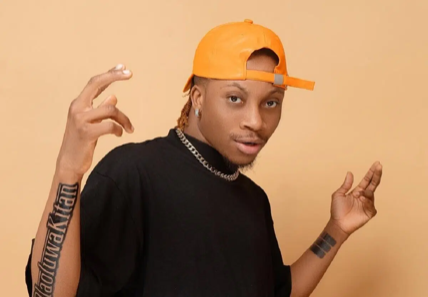 ‘It’s not even Oshodi’ – Nigerian Singer, Oxlade heartbroken after his luggage got stolen from his hotel room in New York

Nigerian artist Ikuforiji Olaitan Abdulrahman, better known by his stage as Oxlade, was heartbroken after his luggage went lost in a hotel.

Oxlade remarked in a Snapchat post that he had never encountered anything like it in his life.

According to Oxlade, everything of his luggage was stolen from a hotel in New York, and it’s not like Oshodi is known for being a haven for thieves and pickpockets.

He wrote: Never experienced this in my whole life…. all my luggage stole from my hotel. allll….bruh…for New York. No be Oshodi o. NYC

‘She is just a lovely and caring woman,’ - Nollywood star, Anita Joseph receives praises over a surprise luxurious birthday party for her hubby, MC Fish (video)