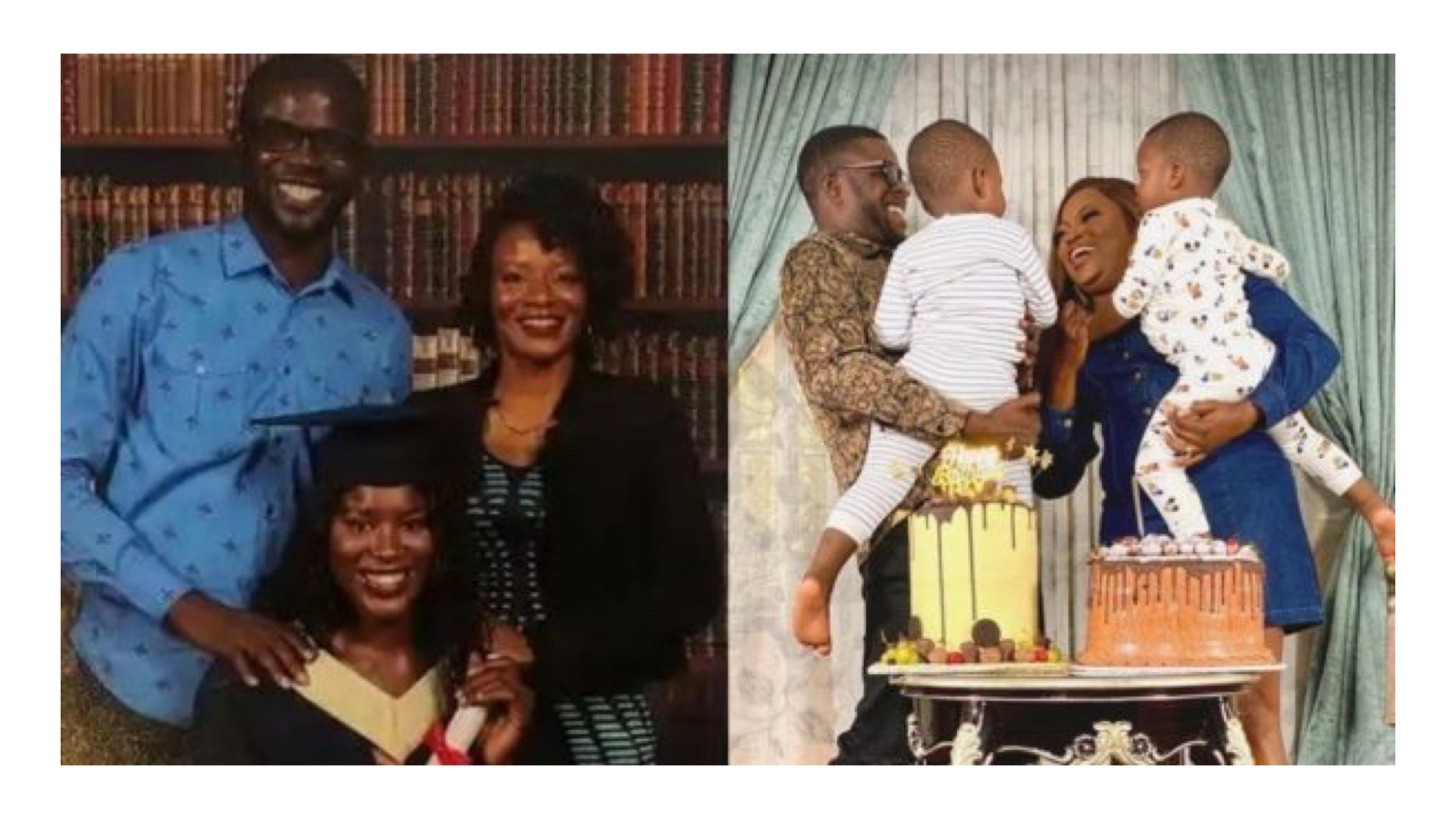 The first baby mama of the Nigerian songwriter and television producer, JJC Skillz whose real name is Abdulrasheed Bello has showered love on him and his family within movie actress, Funke Akindele.

It could be recalled that the prominent Nollywood actress and her husband were reportedly in a bad state which led to the speculations that the actress, Funke Akindle wanted to drive his husband out of his house.

Some gossip blogs have stood to their stand that all isn’t well with the celebrity couple who were blessed with twins. Although the public has not seen the faces of the twins and Funke has given her fans and the general public her reasons >> READ HERE

The mother of JJC’s daughter who is 24 years old, Taiwo Fajemisin in a recent post shared a two-frame picture of herself, her daughter, and JJC SKILLZ, in the other frame are JJC SKILLZ, Funke Akindle, and their twins.

She wrote “All peachy and plum, God bless your family blood. Remain blessed, we have your back always”

BBNaija: Kiddwaya & Erica Will Give Wathoni a BP With What They Are Doing Beside Her (video)