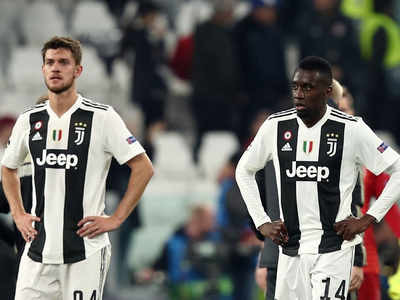 Juventus football club have announced that Daniele Rugani and Blaise Matuidi have both made full recoveries from Coronavirus weeks after news came out that they contracted the pandemic.

Italian defender, Rugani was the first Serie A player in Italy to test positive for the virus before his team-mate and French midfielder Matuidi contracted it a week later. The pair have since been tested again and both result came back negative, meaning they have been given the all-clear.

A club statement said: ‘Rugani and Matuidi underwent, as per protocol, a double-check with diagnostic tests (swabs) for the coronavirus.

‘The tests came back with negative results. The players have, therefore, recovered and are no longer subjected to the home isolation regime.’

While the two players have recovered, their fellow teammate and Argentine forward Paulo Dybala and his girlfriend, Oriana Sabatini are still battling the disease.

No Chinese doctor has tested positive for Coronavirus – Lai Mohammed