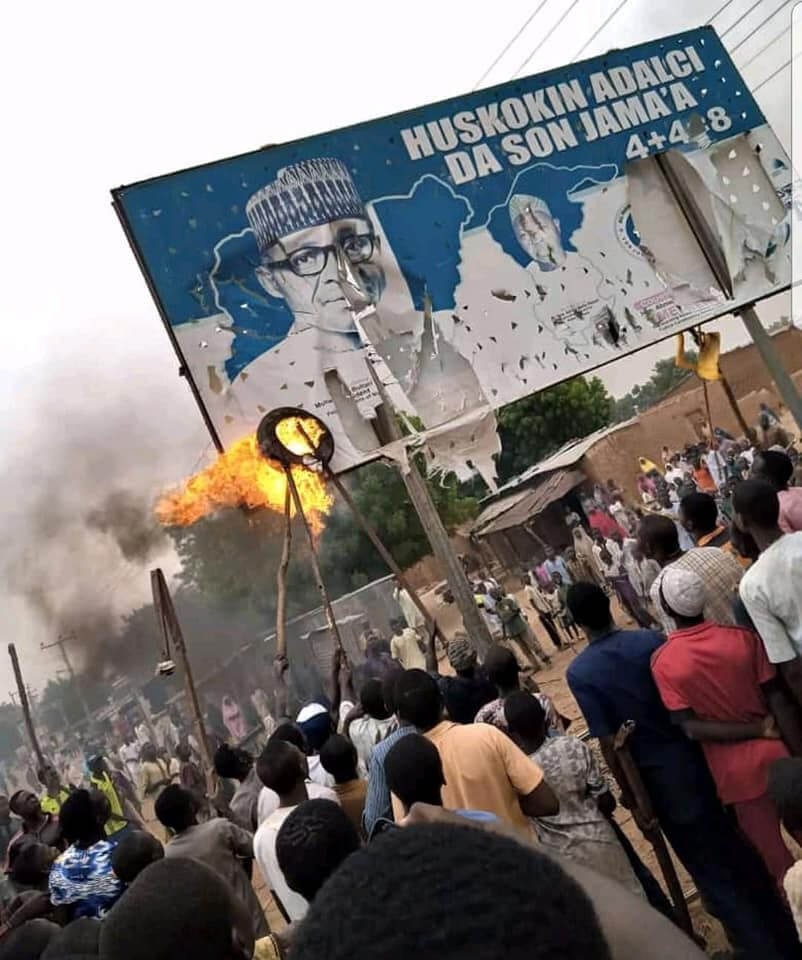 Kastina state angry and courageous youths protest and set billboard with President Buhari on fire as they give reactions of being tired of mass killing in the state and north in general.

The residents of Yantumaki set fire on an APC billboard of President Buhari and their governor, Aminu Masari with the inscription ”The faces of fairness and champions of the masses.”

The protest was fueled not only by the killing in the state but the sudden spike in the terrorism of the residents of Katsina state.

Not long ago, a health worker, Mansir Yusuf, and his daughter were kidnapped from the Yantumaki community, and according to the protesters and residents, no day goes by without any reported attack on the community or its neighboring villages.

Just last week, Governor Masari announced that his government has pulled out of the peace agreement they had years back with bandits who have been killing and destroying properties owned by innocent residents of the state.