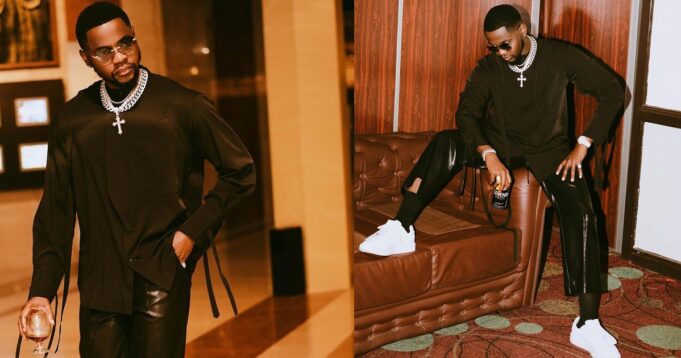 Oluwatobiloba Daniel Anidugbe, better known as Kizz Daniel, a popular Nigerian singer, has reportedly been summoned by police for questioning.

According to reports, the Buga hitmaker seized a bus belonging to a dry cleaning company he hired to wash his clothes after the company allegedly ruined the clothes, which were reportedly worth millions of naira.

According to LIB, Kizz Daniel seized the bus because the N14 million worth of clothes he gave the company to clean were damaged.

After the owners of the bus reported the incident to the police, Kizz Daniel was summoned for questioning.

According to his lawyer, who contacted the police on Friday, August 5, the musician would be available for questioning on Tuesday, August 9. Kizz Daniel’s lawyer also confirmed that the seized bus was returned to its rightful owners.

Kizz Daniel, in other news, has revealed that he has hired the young lady he rocked on stage during a recent performance.

During his Afroclassic World Tour 2022 in the United States, the ‘Buga’ crooner had a steamy moment with a female fan.

He brought her up on stage to dance, as some performers do, and touched her derriere before lifting her off the floor. He told her to send him a DM on Instagram after the rather steamy moment.

In a recent interview with Charlamagne Tha God and Angela Yee on “The Breakfast Club,” the father of two revealed that he hired the lady and that she even came along with him to the interview.

Kizz Daniel stated that he always seeks the consent of the ladies’ before groping or doing anything sexual with them when asked if he has ever considered toning down the way he ‘expresses’ himself with them on stage.

#BBNaija: WhiteMoney advises Emma to stick with Liquorose to survive evicitons; says Liquorose is “too sure” (Watch)