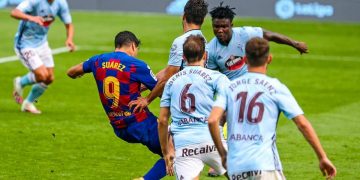 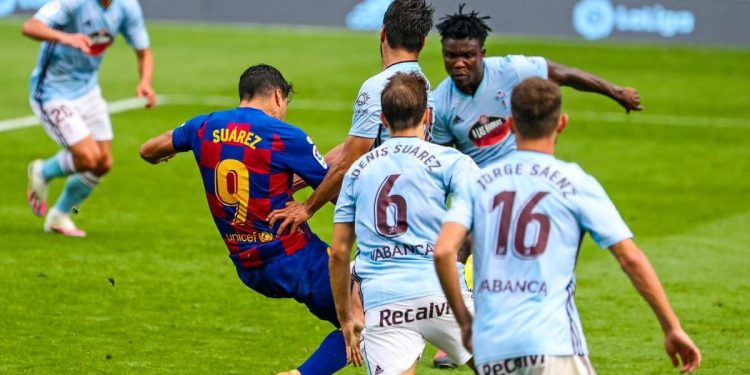 Luis Suarez reacts angrily after Barca draw with Celta Vigo giving Real Madrid the chance to top them with 2 points on their Sunday match with Espanyol if they win.

Luis Suarez who strived to score a brace for Barcelona was let down by his teammates to provide another goal to make them win the match. Celta Vigo who is back to their good form has not lost any match since the reopening of La Liga and it’s hoping to survive relegation.

Fedor Smolov and Iago Aspas scored for Celta to make the match end in 2-2 FT. Iago Aspas was Celta Vigo’s angel with his free kick in the net with just 2 minutes left to ending the match.

Suarez said in an interview;

“I’m happy to have been able to help the team with my goals but overall I’m left with sensations of anger and frustration.

“We feel as though we have dropped two points and there are many things we need to improve. “We are giving away a lot of points away from home which we didn’t used to do in previous seasons,”

“We’re feeling very negative because we have lost two more points in the fight for the title.

“We had our fate in our own hands but now we have to wait for Real Madrid to slip up here and there so overall we are feeling frustrated at giving away the two points today,”

I’m happy APC is in crisis; it is my prayer that they should countine to be in crisis – Governor Nyesom Wike 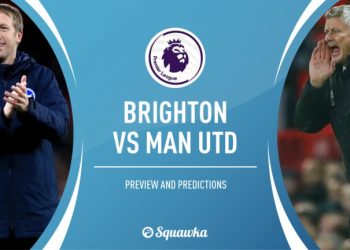 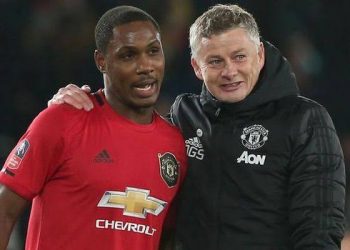 I'm happy APC is in crisis; it is my prayer that they should countine to be in crisis - Governor Nyesom Wike

International travellers may need to be at the airport 5 hours before takeoff - Minister of Aviation, Hadi Sirika

There is a virus called anti-church virus - Bishop Oyedepo