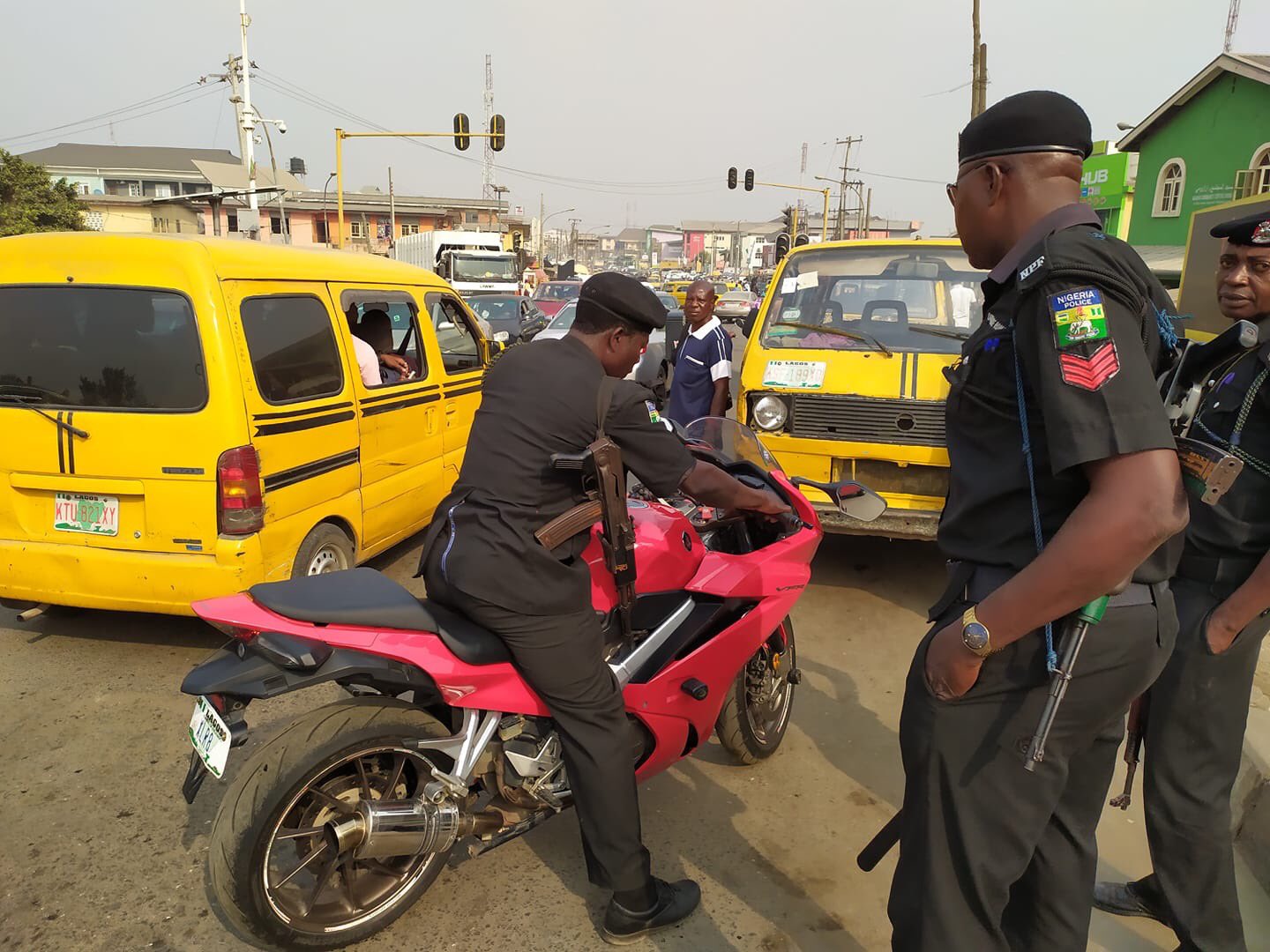 A Nigerian man shared a story on Facebook to give account of how some policemen were corrected by some Lagos residents including senior officers who wanted to detain his power bike on his way to work.

According to Nmutaka Chikwendu, the team of 4 senior officers with guns could not give any meaningful reason for detaining his power bike beyond “they sent us signal to arrest all bikes”.

The policemen allegedly rejected reading the broadcast sent out by the Lagos state police command concerning the ban placed on “Okada” and “Keke” after a Good Samaritan came to help him out. It was also learnt that the policemen also refused speaking to their superiors when the numbers in the broadcast were called.

Kylie Jenner shows off in cute picture on IG