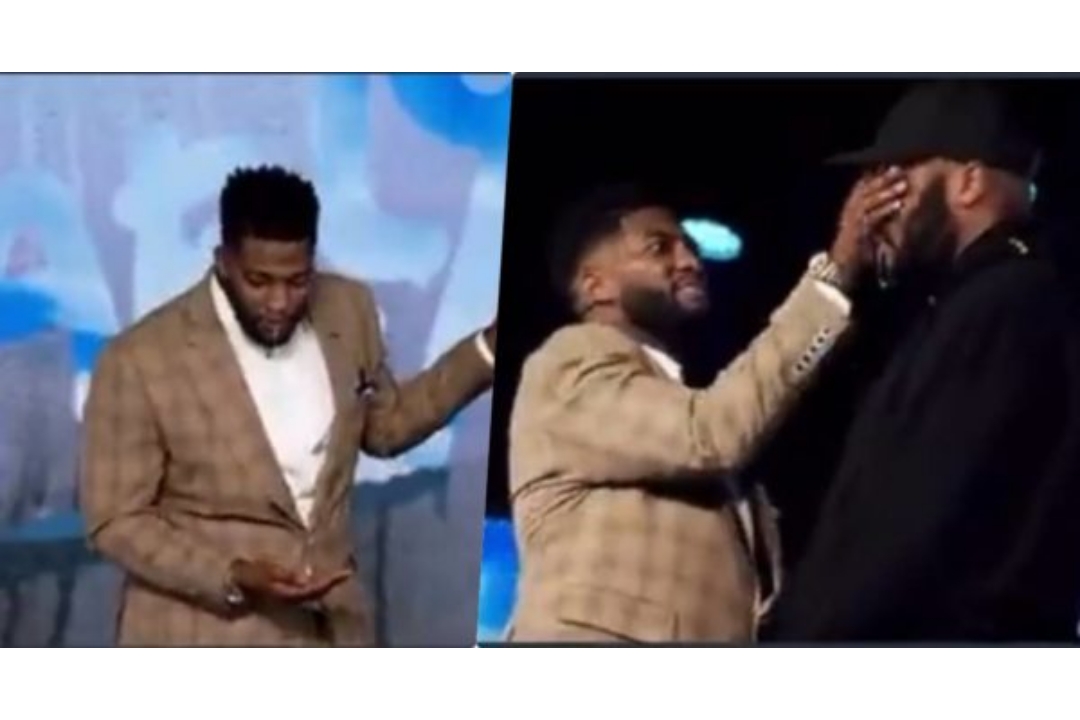 In a video making rounds on Twitter, a popular pastor identified as Pastor Micheal Todd was seen using one of his members as a practice to prove a point from his sermon.

Pastor Micheal Todd was seen in the viral video to have spat on his hand and rubbed it on the face of one of his congregations as seen in the video below. Before that, during the service, the popular head pastor of the Transformation Church in Oklahoma, United States, used the instance to explain why most believers reject their savior, Jesus Christ.

Pastor Michael Todd, demonstrating his belief, remarked that God’s vision can come in a horrible shape, as he demonstrated by spitting on his palm and massaging it over the face of one of his congregants. Watch the video below.

The Mike Todd situation is exactly why we need more faithful Bible teaching churches, not entertainers who seek to go viral every Sunday. I’m all for the practicality of sermons being explained, but when is enough enough?

"She don get belle?" -Reactions as BBN Angel shows off her beautiful b**bs tattoo (Video)