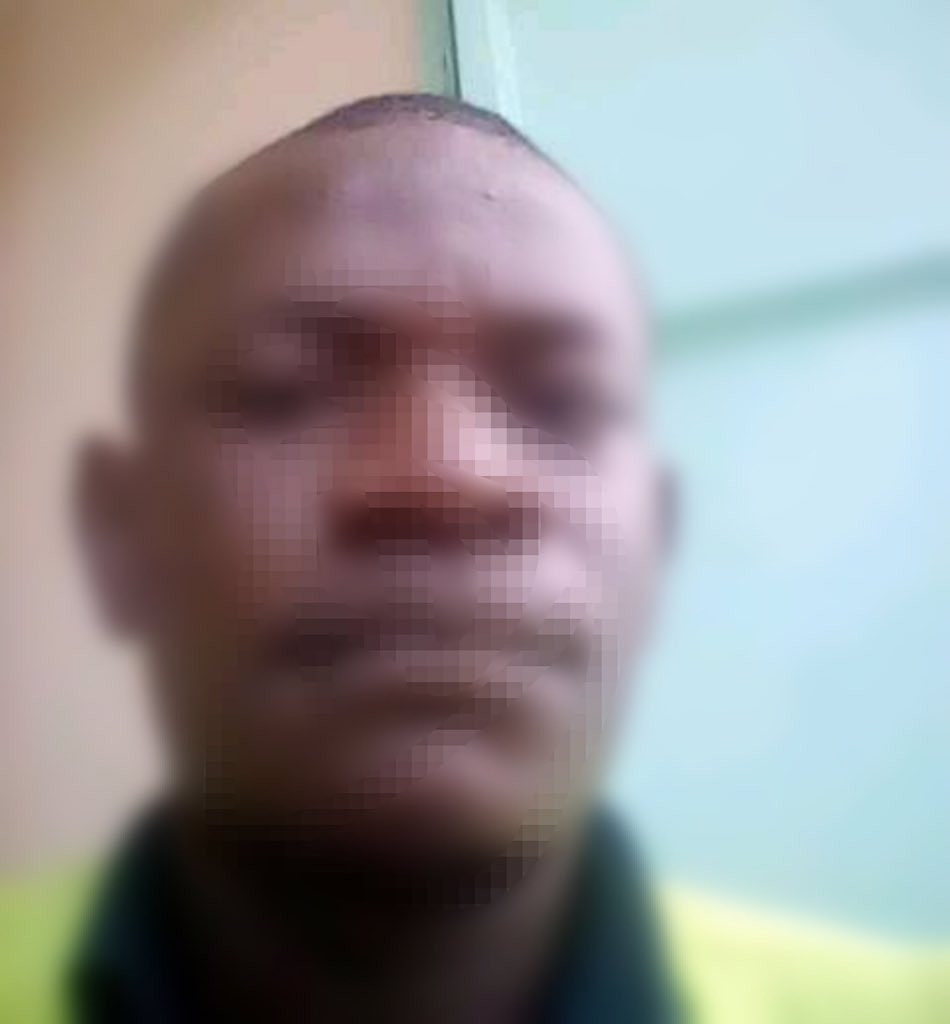 The 30-year-old man who used super glue to seal his wife’s private part has been arrested, days after security operatives launched a manhunt for him.

NN360 reported earlier that the suspect identified as Kifo Muriuki had accusation against his wife that she’s cheating before luring her to Kathita River, where he made a threat to kill her if she refuses to abide by his orders which she did. He then added pepper, salt and onions in his wife’s private parts using a sharp knife, before applying superglue mixed with sand to ‘seal’ it off.

The suspect who has been on the run since Saturday May 16 when he committed the heinous act, was apprehended at his hideout in Kaningo, Kitui County by a combined team from Directorate of Criminal Investigations Tseikuru, Special Crimes Unit and DCI Tharaka South.

30-Year-Old James Kifo Muriuki, who on 16th May, 2020 horridly dehumanized his wife, has this morning been arrested from his hideout at Kaningo in Kitui County by a combined team of @DCI_Kenya  Detectives from Special Crime Unit, DCI Tseikuru and DCI Tharaka South.

The DCI said further investigations led to the arrest of one James Murogi Maingi who is known for practising witchcraft within Kaningo. James Kifo Muriuki was found in his apartment at the time of his arrest.

Further investigations by @DCI_Kenya  Detectives have led to the arrest of James Murogi Maingi who is known for practising witchcraft within Kaningo, and in whose residence James Kifo Muriuki was found at the time of his arrest.

The 1st suspect has also been found to have two previous related cases, and is usually released in unclear circumstances whenever he is arraigned. Appropriate charges to be preferred on the two accomplices once investigations are completed.

The suspect will be charged accordingly once necessary police procedure is complete.

QPR midfielder, Ebere Eze reveals why he has not decided if he should play for Nigeria or Not

“Where is your morals?” BBN reality TV star, Ifu Ennada shammed over her pre birthday photoshoots