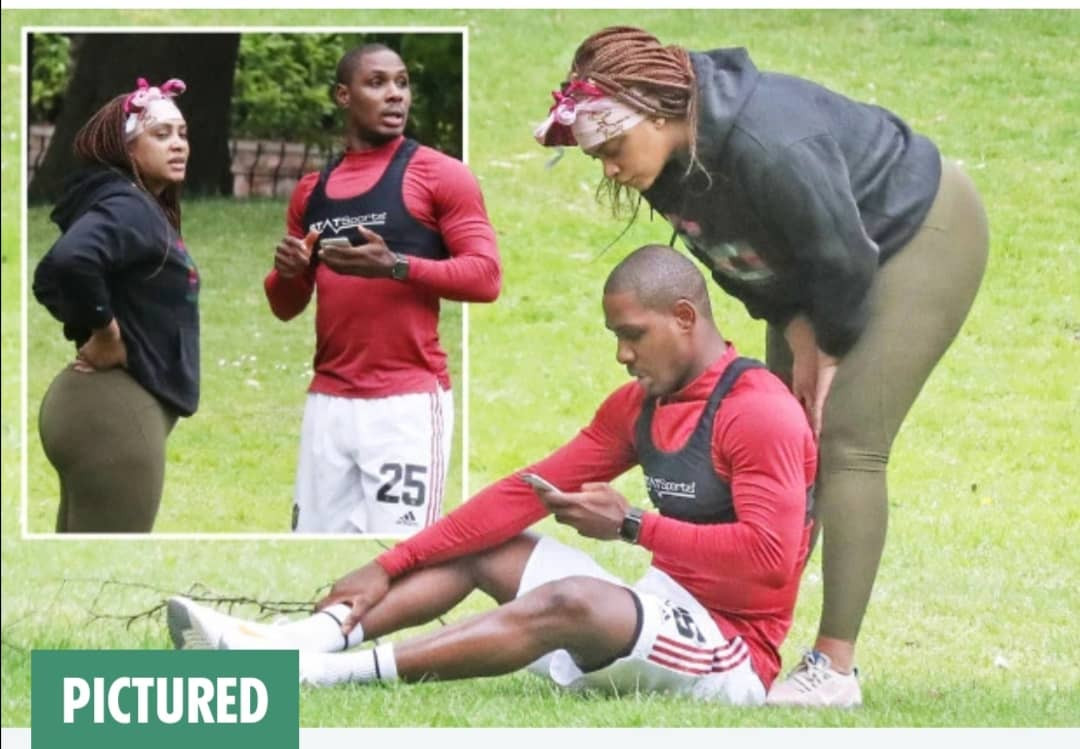 Manchester United striker, Odion Ighalo, 30, was spotted with a mysterious female training partner as he went about his exercise routine in a public park in Cheshire.

According to The Sun, the Nigerian international was pictured at a local Cheshire park training with the mystery woman ahead of the top flight’s potential return on June 1.

In a picture, the former Watford striker was spotted signing an autograph for a fan who passed him a note pad and pen to have his signature, while following the strict social distancing rules.

Earlier this week, it was reported that Ighalo’s permanent move to Manchester United is now in doubt with his parent club, Shanghai Shenhua expecting him back in time for the start of the new Chinese Super League season, which is scheduled to begin in July.

Shanghai Shenhua will only give Ighalo the allowance to remain at Old Trafford if it is on a permanent deal for £20m and not an extension for a loan as Manchester United are requesting.

Ighalo recently owned up that he was willing to finish the current season with Manchester United if it’s possible.

‘I would like to finish the season if it’s possible. I was in good form, good shape, scoring goals and now we’ve stopped for over a month. I’ve given it my best and hopefully we’ll come back to play. The team had a good momentum before the pandemic started. At the moment I’m on loan, and this will cut short my time at the club.’

Ighalo’s current contract expires in December 2022, but Shanghai wants to keep him until at least December 2024 in a deal worth £400,000 a week.

#BBNaija: “My mother tried to abort me”-Angel narrates and it made saga shed tears (Video)

EFCC boss, Ibrahim Magu, says commission yet to be involved in Hushpuppi’s case