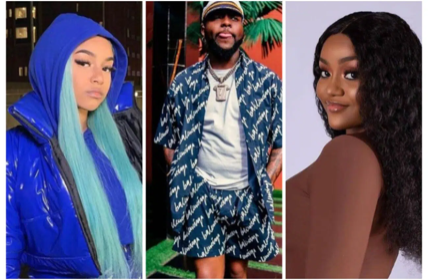 Vanessa, the rumored girlfriend of musician Davido, has turned to Instagram to praise the singer.

According to Kemi Filani news, Davido made history on Friday, April 1st when he became the first African to be featured on FIFA’s soundtrack.

Vanessa, who has been battling nasty with Chioma, took to her account to honor him, even though Chioma has shunned him.

Vanessa shared the great triumph on Instagram, and it appears that she was in Qatar with Davido when he sang the FIFA soundtrack.

Tonto Dikeh fumes as fans ‘choke her’ with congratulatory messages over her video of her ex-lover, Prince Kpokpogri dancing (Video)