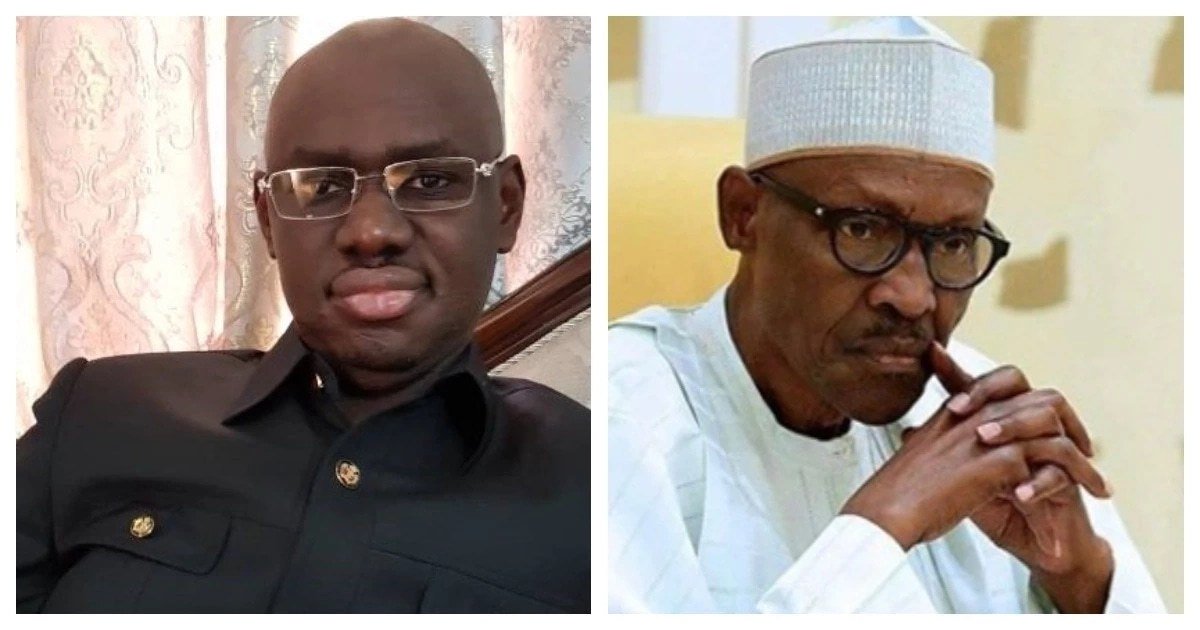 Former Deputy National Publicity Secretary of the All Progressives Congress (APC), Timi Frank, has reacted to the recent allegations of corruption in Nigeria by calling for the resignation of President Muhammadu Buhari.

Reacting to the latest alleged $800 million oil fraud, Frank expressed his disappointment saying that corruption has eaten deep into the nation.

He also called on the National Assembly to thoroughly probe reports of fraud in the oil sector and everyone that took part must be brought to book.

Frank lamented that such a huge amount of money gotten from the oil rich Niger Delta was allegedly stolen while the region lacks good schools, hospitals, roads and others.

On Twitter on Monday, Frank expressed his displeasure over the way Buhari is running Nigeria.

“Gen Muhammadu Buhari should resign as Petroleum Minister and President of this country. Under his watch as he has failed, Nigeria cannot breath anymore. I call on the oil producing community and Niger Delta Region at large to protest this current looting.

“This is exactly what the musical Prophet Fela called ‘Authority stealing pass armed robbery’. We are disappointed that corruption has eaten deep into Nigeria. The fight against corruption and insecurity was just one of those campaign gimmicks General Buhari used in deceiving Nigerians.

“All those who are part of this $800million must be brought to book. This case mustn’t be swept under the carpet. The 9th Assembly must probe these allegations.”

Frank also called on the international community to place a visa ban everyone who was involved in the alleged looting.

“I call on the International communities, US, UK, all should place Visa ban on these looters and their families. This is a way they can help Nigeria to support the fight against corruption. No government has looted like Buhari’s government. Our security, educational and healthcare system have failed, and poverty, hunger, unemployment are now friends to the system.

“This administration has dented Nigeria’s image internationally. They are the worst in terms of looting. Once you loot public funds you will be celebrated under Gen Buhari’s watch. Despite all of this, even Magu will go scoot free, just like others. they’re practically the role model of Yahoo boys.”, Timi Frank stated.

“Igbo women are lazy, don’t like to work, they just want to enjoy their husband’s money” – Noble Igwe