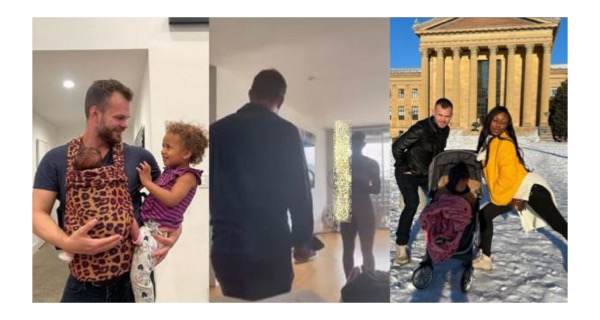 Nigerian-american, Korra Obidi and husband, Justin confront each other over kids’ custody as Korra’s associates shares dancer’s side of the story (Video)

Moments in time clips Korra Obidi and her husband, Justin Dean, got into a heated disagreement about custody of their children, according to reports.

That is why, he alleges, he filed a restraining order against Korra to ensure he gets custody of the children.

Justin remarked that he doesn’t care about Korra and her partner’s second child, Athena, who is four weeks old and still breastfeeding.

Korra’s coworker also released a statement, recounting some of the dancer’s side of the story, as well as how Justin Dean failed to care for the kids, forcing Korra to urge him to return them to her.

‘Ha!, She came to steal the show’-Nigerians react to Iyabo Ojo’s daughter’s guest being mistaken to be the celebrant at exclusive birthday party (Video)