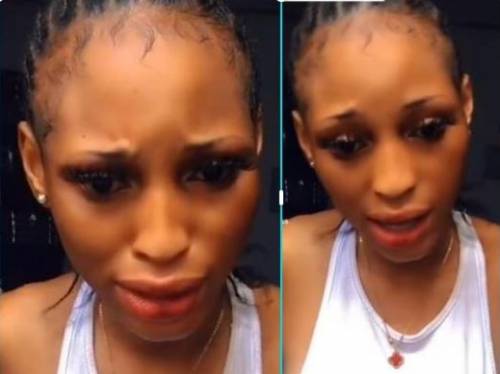 According to the Nigeria Police Force, Lagos State Command, rumors claiming a “female filmed in a viral s3x video died from an infection” were false and should be ignored.

SP Benjamin Hundeyin, the command’s spokesperson, revealed this in a statement issued on Friday in Lagos, adding that the police were strengthening their investigation into the situation.

“The attention of the Lagos State Police Command has been drawn to a publication which is dated May 10, 2022, (saying the girl in the viral s3x video died of infection). As this borders on an ongoing police investigation, the command reached out to the author of this article for information that would help the police conclude the investigation.

READ ALSO: “Dr. Wade in the mud”-Korra Obidi shares a video of Justin Dean and his girlfriend after she claimed they weren’t dating (Video)

“Shockingly, however, the author claimed he could not verify the story but simply lifted it from an online blog. The author did not also credit the original source of the news in consonance with simple ethics of journalism.
“He also made no attempt to fact-check the news, thereby making himself susceptible to the spreading of fake news, especially knowing how critical and sensitive the facts in the issue were.”

“It’s the duty of every Nigerian to support the police in any ongoing investigation; it is criminal to publish false information with intent to mislead the public. It is equally criminal to subvert criminal investigation and obstruct police officers in the discharge of their duties,”

According to the spokeswoman, the command would provide an update to Nigerians in accordance with its transparency policy, while noting that the ongoing inquiry had “been re-focused appropriately.”