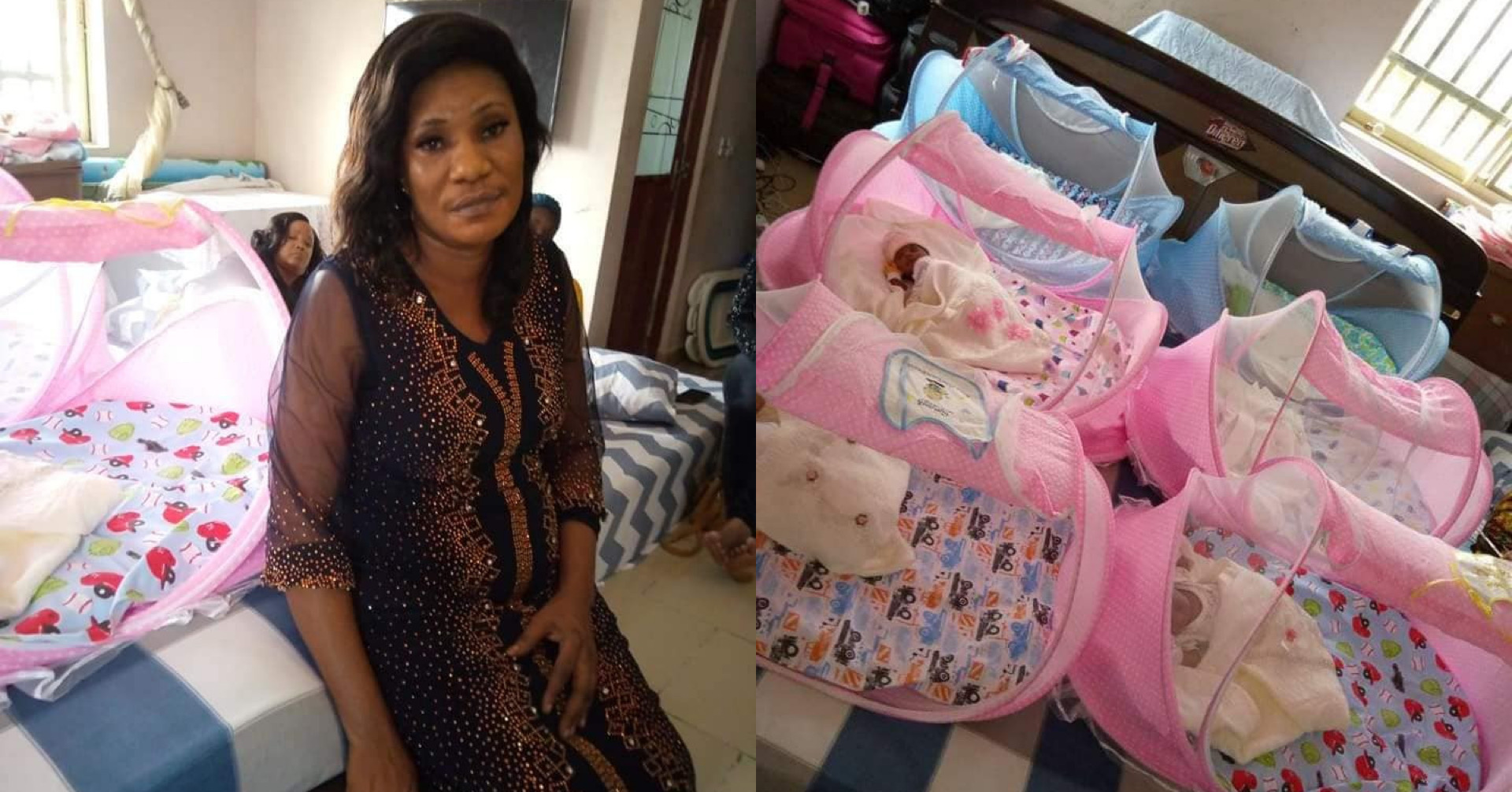 A Nigerian woman identified as Mrs Doris Levi Wilson, who is from Koluama community in Southern Ijaw Local Government Area of Bayelsa State gave birth to six babies at once (sextuplets).

She was said to have been barren for 28 years before she now gave birth to twins and now sextuplets after six years again.

Tye Rhythm Fm radio presenter who confirmed the news said the woman is deaconess in Winners’ Chapel, Azikoro, and she thanked God for blessing her with sextuplets after twins.

She also gave advice to young couples out there hookah to have a child of their own, she said they should have faith and keep praying as The God that blessed will bless them too.

Mr Wilson also added that God brought the children into this world safely will also provide for them to carter for all the children.

"All predators stay off" - Nollywood actor, Ninalowo warns as he shares new photos with his 15-year old daughter

How Kiddwaya arrived Lagos for the BBNaija Reunion happening currently 😅