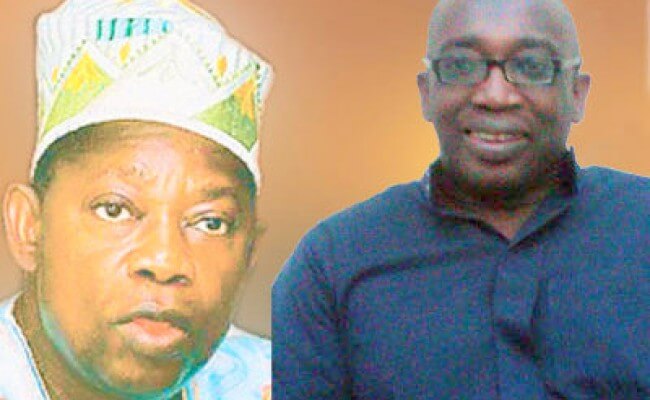 The son of MKO Abiola, Jamiu Abiola has been attacked on the 12th of June by Nigerians on social media, Twitter to be exact after he said President Buhari has the same goal for Nigeria as his father if he becomes the president of Nigeria.

Jamiu said in an interview, “My father and this President primarily have the same objective.”

In response to that statement, Nigerians have attacked him on Twitter and some said it was all thanks to God his father never ruled the country.

@Nj99625368, “If the agenda your father had was to make Nigeria insecure for its citizens, then no wonder Babangida did not allow him to have a taste of his triumph. We must be wasting our time trying to remember him today then.”

@Sunnyx, “Am sure you are not real son of Abiola.”

@lanreafo, “It’s either you didn’t know your father or 2015 and 2019 should have taken the same path as the post-June 12 cancellations. This is because Abacha had ‘better’ agenda than Buhari.”

@dirisy, “All these things happening in Nigeria both the good and bad was your father’s agenda?”

@de_mek_venture, “Are you telling us that your father has no vision?”

@Ucheclive, “Your father’s ghost will hunt you , because of money, you betrayed your late father . Ode.”

@Uyime_Ocean, “If so then thank God and Nigerians that his father was not allowed to execute such a porous and no direction agenda.”

@Collinsohiri, “Hunger has made this one flip. Even your dad a great man will be disappointed at you.”

@Oriariwolg, “A condom would have saved Abiola this huge embarrassment.”

@eluke, “Who knows if he detests his late father… some kids grew up that way.”

@Walexlomo, “Maybe we should even thank God that your father didn’t become President.”

@Adekoladamy, “Someone that worked with the person that jailed your father yet he could not convince his boss to release your dad and restore his mandate. Jamiu, do you think your dad will be proud of you?”

Wizkid blast Nigerian pastors as he called them cowards

PDP vs Buhari: Mr. President has no respect for democratic tenets

The response I gave when Baba Ijesha tried to date me in 2008, Princess tells court