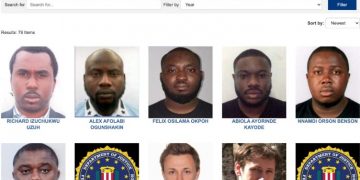 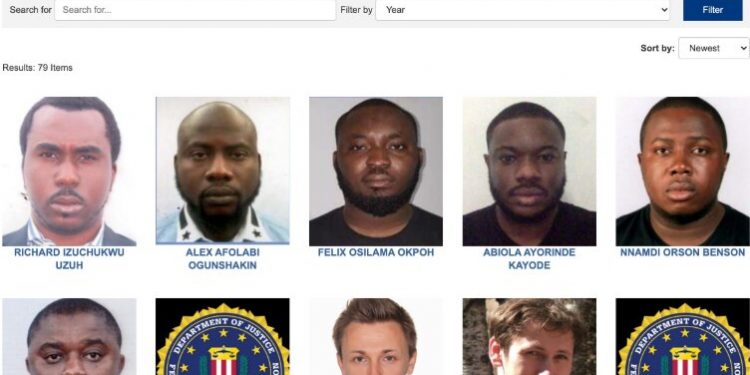 Nigerians have taken to Twitter to castigate the FBI for a tweet where the agency placed their attention on 6 Nigerians wanted for scam on a list where there are more numbers of suspects from other nationalities.

The FBI shared photos of the 6 Nigerian fugitives on their wanted list on Twitter and tweeted on Friday with the caption;

“Help the #FBI find ?six Nigerian nationals wanted for their involvement in ?business? email ?compromise (BEC) schemes resulting in over $6 ?million in losses. Read more about each defendant and submit tips at http://tips.fbi.gov. #FugitiveFriday.”

Meanwhile, the full wanted list consists of 20 Asians, 39 Arabs, 16 Russians and more. The FBI however did not mention the other scammers and their nationality, even though they have a larger number, instead they focused on the 6 Nigerian scammers which was the least among others and this angered people.

Nigerians reacted unpleasantly to the FBI’s tweet on Twitter by blasting them for continuing to further the stereotype that Nigeria is a country with a large amount of fraudsters, whereas people from other nationalities, even the United States, do worse.

See some reactions below; 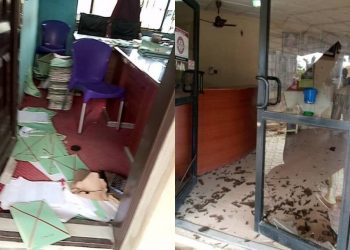 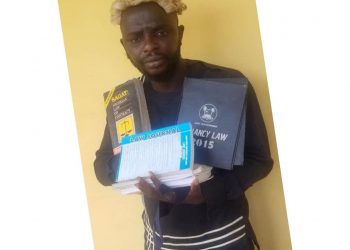 ''It was hell'' Peter Okoye shares his experience after himself, his wife, daughter and staffs tested positive for Coronavirus

Coronavirus: We have arrested almost 400 yellow buses for violating lockdown order in the state – Governor Sanwo-Olu