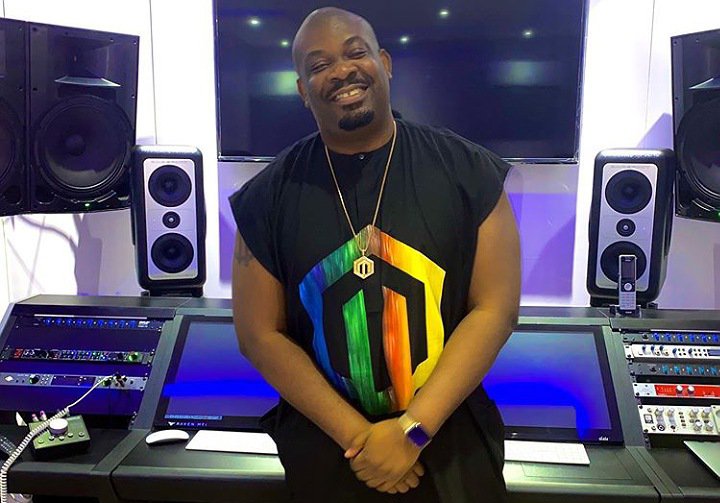 Nigerians on Twitter reacted after Don Jazzy was seen bending to greet a lady on his way home after his morning workout.

In a video he posted on his twitter page with a caption “Lockdown” and he also gisted about how he has been intimated by the 6 packs the BBNaija 2020 male housemate has.

While he was making the video, he was seen bending in reply to greet a young lady who greeted him first.

He said “Good morning y’all. I decided to join the Big Brother people to do early morning workout….” at this point a lady’s voice greeted him “good morning sir!”, and he replied by bowing his head as he says “Good morning oh, I hail oh, you’re too much”.

BBNaija: Here's why Laycon is trending