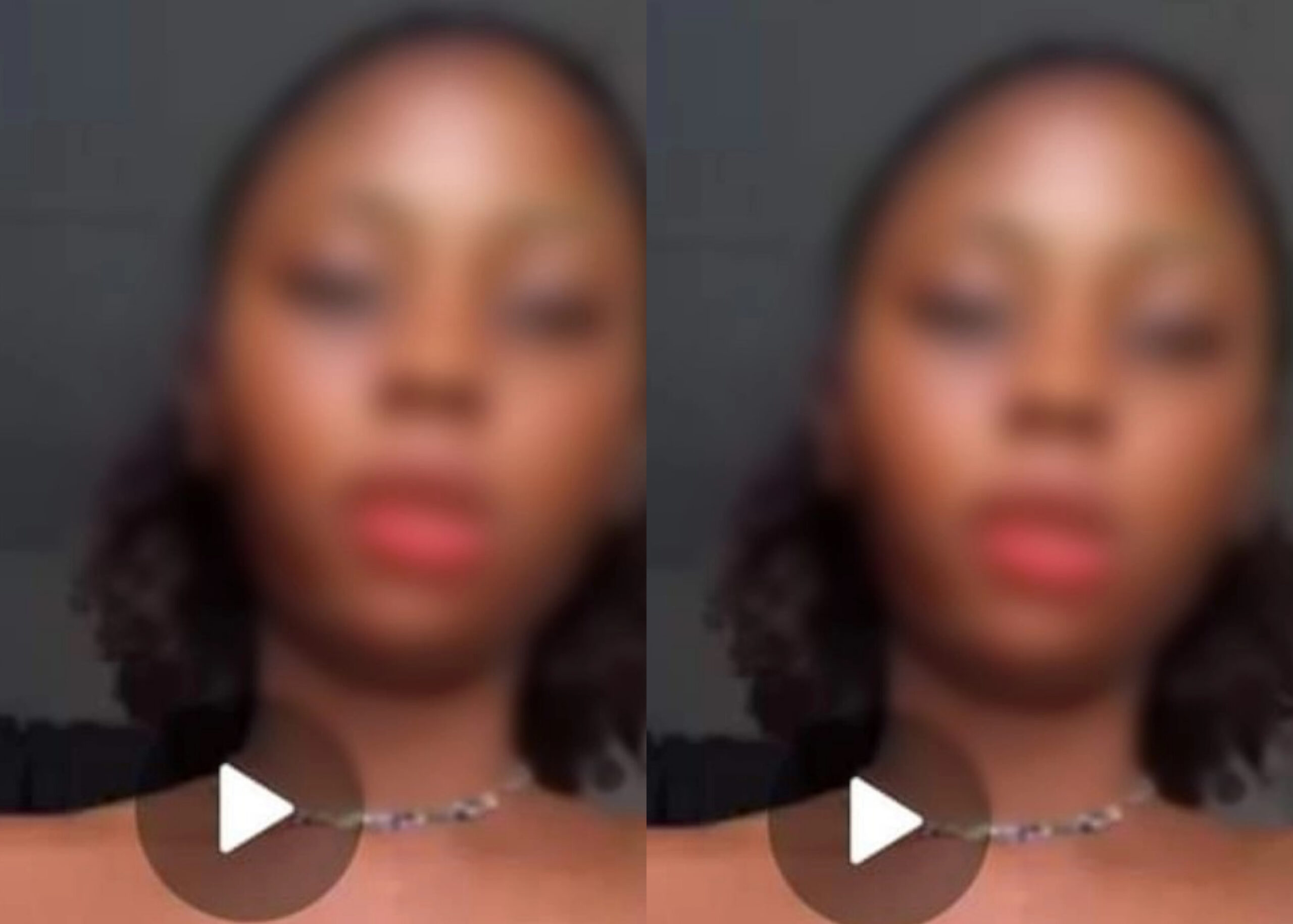 A student at the Cross River State School of Nursing and Midwifery in Itigidi was reportedly expelled after her s**xual recordings became popular on the internet.

Agba Jalingo, a journalist, posted on his Facebook page that Gracious Paradise was removed for photographing herself in a s**ual act.

The lady claims to be the daughter of John Paradise, pastor of the Banner of Grace Church in Ketabebe, Yakurr Local Government Area.

Three vulgar recordings of the student were recently published online, causing the school to take this action, according to CrossRiverWatch.

However, a member of the Governing Board of the institution indicated that the Board is ignorant of the development. The board member responded after being asked if the lady was wearing her school uniform while completing the crime.

“I called to find out but the details are sketchy. But, we are to meet tomorrow, maybe it will be tabled there,”

Ms. Gracious was clearly aware of the act in the videos, per the findings. According to Jalingo, the videos were shared by the lady’s boyfriend, who has since deactivated his Facebook page.

"10 years on, and our fire continues to burn"- Veteran actress, Stephanie Okereke, & her husband celebrate her 10th wedding anniversary in style (Photos)

#BBNaija: Watch How Nini is balancing in her new secret apartment, watching the HMs 😂 [Video]