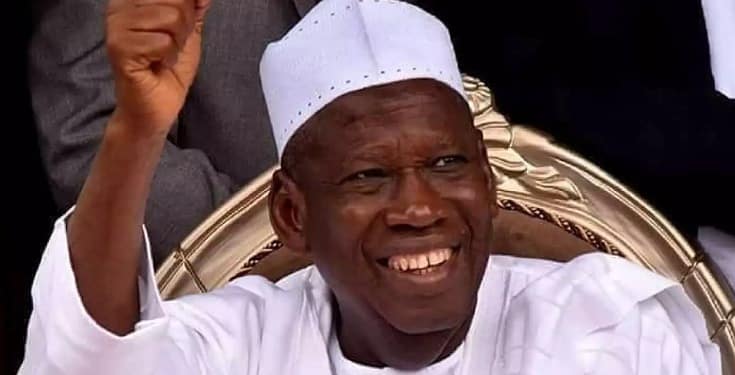 Governor Ganduje of Kano State has cried out that the situation in Kano State was becoming terrible by the day as cases of COVID-19 pandemic continue to increase drastically in the state.

This was confirmed as the state government took samples of fresh 44 persons for testing, while the death of the elderly ones keeps increasing too in the state.

“But as the situation gets serious, we are surely on top of it, but this requires putting up a testing machine in Kano by the federal government.

Governor Ganduje, however, assured that nobody that tested positive was in serious need of a ventilator; hence the situation is still manageable.

He said in order to punish offenders of the current lockdown, they have established ten mobile courts to try anybody found wanting.

Dr Tijjani Hussain, the State Coordinator COVID-19 Rapid Response, explained that the state NCDC centre at the Aminu Kano Teaching Hospital was locked down because a 74 hours fumigation exercise is being done in the place.

Tijjani noted that in the last two days, they recorded 44 suspects, bringing the total suspects whose samples were taken to Abuja to 489 with 74 confirmed positives.

Ganduje explained that they usually transport the samples of suspected cases to Abuja which takes almost 7 hours and in most cases, the samples get wasted, forcing them to look for other samples.

Governor Ganduje who commended Kano people for observing the total lockdown said the initiative was the only remedy to stop the pandemic.

He also beseeched the federal government to support the state same way they’re doing to Lagos and Ogun State.

He said “We are appealing to the federal government to as they support Lagos and Ogun States also come to the rescue of Kano State quickly.”

This development came as the state lost so many persons of prominent positions in the state.

"Where are General Buhari and Pastor Osinbajo?" Reno Omokri asks