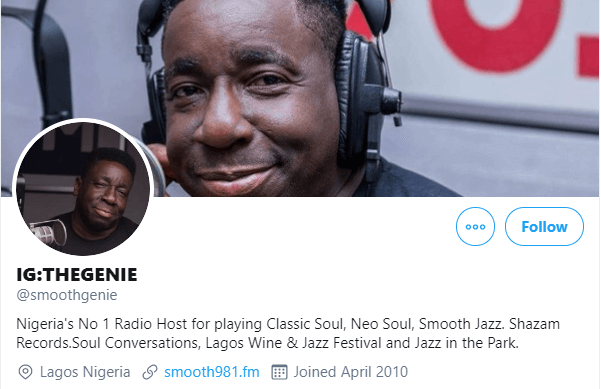 A popular Nigerian radio host has decided to let go of some things as he shares the terrible things his mom did to him after she remarried.

He goes by the username @Smoothgenie and according to him, he is the one who takes care of his mum today, but if he flashes back, she abandoned him and never took good care of him when he was young.

He said his mother once kicked him out of the house because of a man and he “lived rough on the streets for 5 years.” adding that he slept under the Marina bridge for good 3 weeks.

He also revealed that his mum, stepfather, and the kids his stepfather kids which were not that of his mom all traveled abroad, and left only him at home just to punish him.

#BBNaija: Emmanuel tells Biggie the HMs he would evict if he found himself in such situations