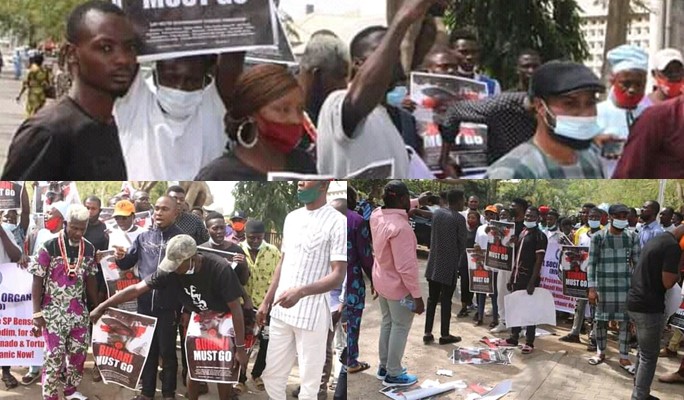 Northern youths are sick and tired of the rising level of insecurity in most states in their geographical zone and have demanded President Muhammadu Buhari’s resignation.

The youths took to the streets of Abuja on March 4 to protest against insecurity and other issues facing the country, and demand that the president resign because he has failed woefully.

Among the protesters was Sahara Reporters publisher, Omoyele Sowore who shared a video

from the protest which has been circulating online.

Bobrisky did some shopping for Goodluck and his grandma (video)

“How Getting Married To Lateef Adedimeji Made My Life More Beautiful”–  Actress, Mo Bimpe Narrates  (Video)