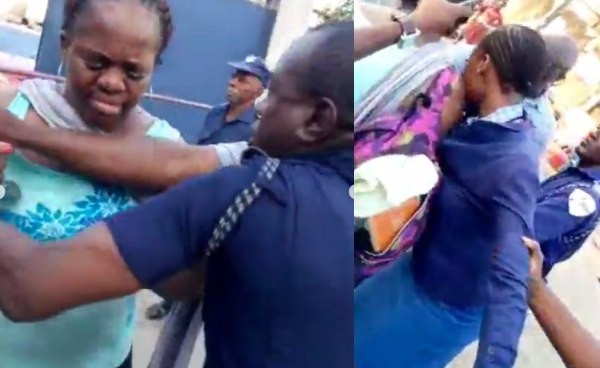 The Queen’s College student who was sent back home for wearing fake eyelashes and painting her nails on Tuesday November 19th, will be made to face a panel.

A source in the school who spoke with the Nation, said the school authorities would ensure the student faces a disciplinary panel for her inappropriate act. The student returned to school after their midterm break with painted nails and had fake lashes on which is against the school’s rule. She came to school accompanied by her mother.

The girl was returning to school two weeks after the mid-term had ended. When the teachers saw her with eyelashes and painted nails, they asked her to kneel down. Her mother came in with her, sat down and listened but did not say anything. Someone heard her telling her daughter in Igbo that she should run away. But the girl refused. After the third time, the mother grabbed the girl’s bag and made to leave. The girl then called out, ‘Mummy where are you going?’

“The girl was even remorseful. She was asking the mother why she was disgracing her.

The woman came to drop the girl around 5am in the morning urging her to sneak into her class. But the girl did not sneak. She stood by the security gate till morning and presented herself to the school management. A man who claimed to be her father came to the school to apologise on her behalf but we found out that he is not her father.

She will face the disciplinary committee. Many people – including the state, are now interested in the case. So we are investigating”.

In a statement, the Caretaker Committee of the College’s PTA noted that the association was in support of the school management’s position on discipline.

We condemn in totality the action of the parent. We stand by the management in enforcing discipline in the school. However, the Committee will invite both the parent and the student with a view to ameliorating the situation and preventing a repeat of similar occurrence. The lesson we need to take home on this is simply that Queen’s College will not tolerate violation of its well settled rules and regulations.”

Kevin Hart ex-wife showed her new lover on his birthday