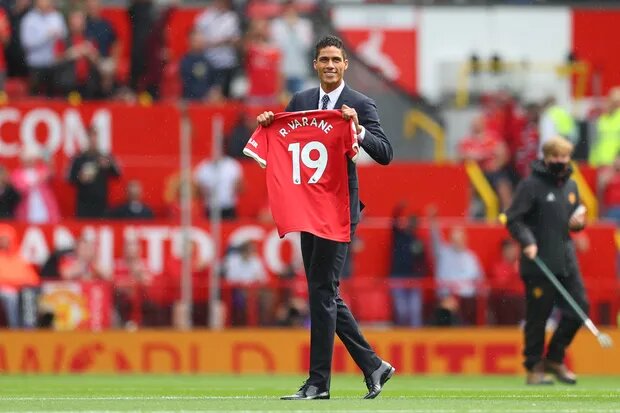 The Frenchman had already done medicals, paperworks and observed mandatory COVID-19 quarantine in Manchester, weeks ago ahead of the new Premier League season.

Well, according to popular Italian journalist Fabrizio Romano, the Raphael Varane deal is now official and fully confirmed — he’s a United player! He will wear the no. 19 shirt.

Meanwhile, his former club Real Madrid will receive about €45m Euros plus other add-ons as spelt out in the transfer agreement between both clubs.

Below is a photo of Man United new boy, Varane smiling at his official unveiling at Old Trafford.

University made me feel like a failure - Rapper BlaqBonez

Actress, Chacha Eke’s husband taps her a$$ 🍑 as she twerks for him in new video (Watch)