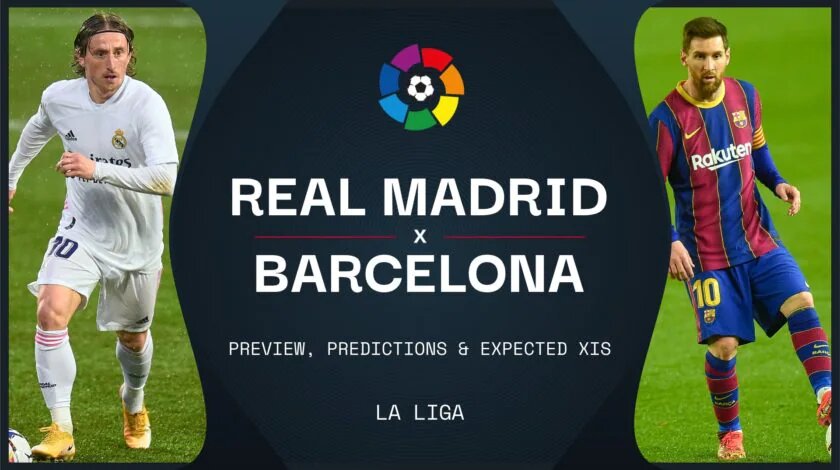 Los Blancos will be locking horns with Ronald Koeman’s men at the Estadio Alfredo Di Stefano stadium in the La Liga Clasico this weekend.

Zinedine Zidane’s men are going into the game pumped up after having a great midweek with an emphatic 3-1 first leg victory over Liverpool in the Champions League quarter-finals, but a good result today will be great help before the return leg at Anfield next week.

The match today with arch-rival Barcelona is not a nice fixture between two huge Champions League matches, but Zidane is a man for big occasions as it could be confirmed from his previous results and will want to show that again, looking to remain firmly behind current La Liga pace-setters Atletico Madrid with the same points but just goals difference.

Despite being the visiting team, Ronald Koeman’s side won’t be an easy nut to crack as they won’t want to allow Los Blancos complete a double over them for first time since the 2007-08 season.

A win from either of teams will be a great booster for them as Athletio Madrid haven’t been in best form with their recent shortcomings since the turn of the year and the gap is now very thin with three points between Real in third, Barca in second and Diego Simeone’s men in first.

BBNAIJA, Khloe twerks up her big surgical a$$ in the club (video)

#BBNaija: “Is this your father’s house?” – The moment Boma angrily blast Maria and one other female housemate (watch)