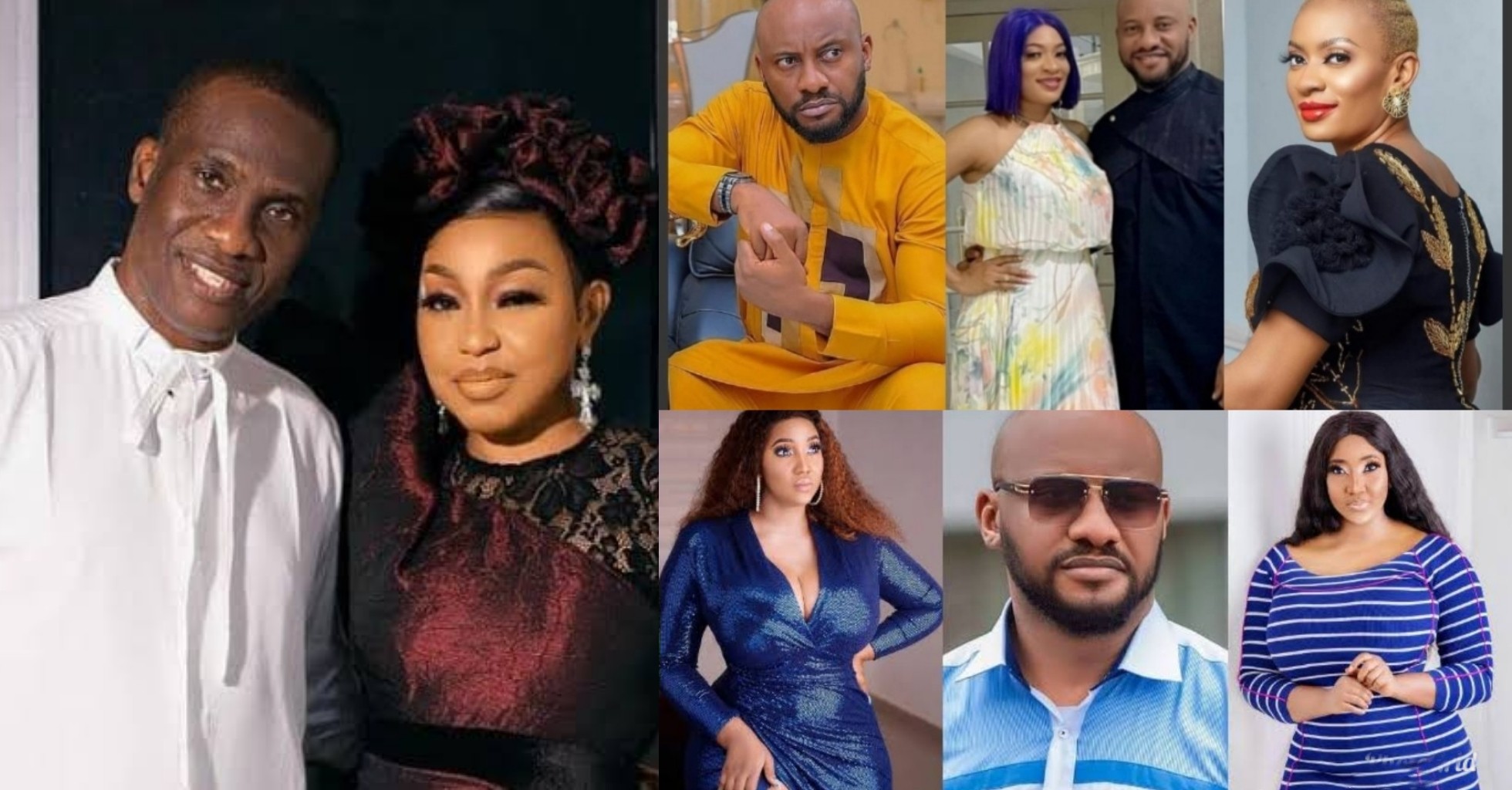 On the trending topic of the actor, Yul Edochie’s marriage scandal, Rita Dominic’s husband, Fidelis Anosike was asked by a social media user and fan of Rita Dominic if he won’t end up like Yul Edochie.

Yul Edochie who had announced his second wife and newest baby boy to his family has been under fire for getting married to his colleague without informing or discussing it with his wife, May Edochie.

The lover of the filmmaker, Rita Dominic took to her husband’s page to discuss the ongoing marriage scandal of Yul Edochie. A fan wrote in one of Fidelis Anosike’s posts;

“Yul has already disconnected emotionally from May a long time ago .. the smile on his face isn’t so real.. Seems he forced himself to smile because of the screen”

Another fan commented, reminding Fidelis of his previous statement about men in general.

“I hope you are not planning 2 the same thing….as you don dey talk say men na babies..mind you, babies do not marry…men do

Responding to the fan, Fidelis wrote;

"Have you seen this?"-Nollywood actress Bukunmi Oluwasina says as she leaves fans drooling over her postpartum body

“Do they look cute together ?” – Finally, Identity of Pere’s girlfriend revealed as a picture of them goes viral (Photo)