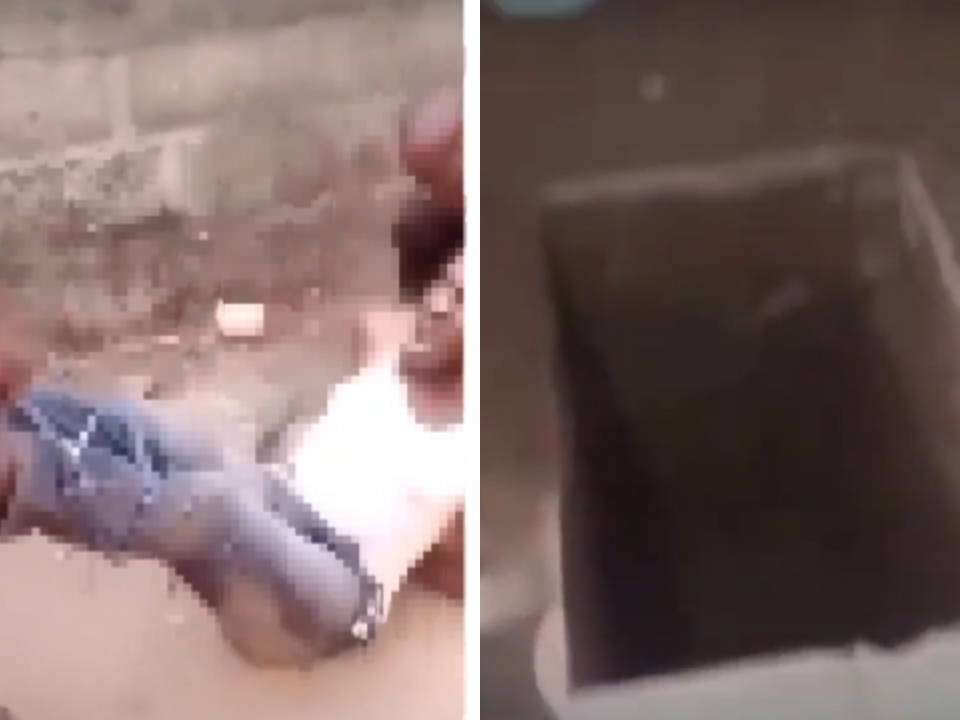 In an incident that happened in a village called Ubomiri in Mbaitolu local government area, IMO state, a man was nabbed after he dug a grave in his room, planning to b*ry his neighbor’s son alive.

The man dug a small grave size hole to aid his plan. After using the innocent young child of his neighbor, he would then put the bury the body, leaving no traces of the behind but unfortunately for him, he was caught.

Female Soldier, who men tell she’s too pretty for the work she does, speaks out (video)

Report from some eyewitnesses says he already cut and stabbed the little boy severely, before he was caught, some say he did what he did because the man wants to drive a new car, disclosed that it occurred on January 6, 2022. Watch the video and see the reactions below.

he wanted to bury his neighbour’s 14 year old son, they live in the same compound. It happened in imo state. The boy escaped after two machete cuts. I learned he died from his wounds there days later, don’t know how true that is😢

This country is not safe ,to have a boyfriend now is becoming a problem

What’s the desperation for Ill gotten wealth these days. These people don’t want to work again

May God bless every youth hustling legitimately,your hardwork will pay off soon,NEVER give up!