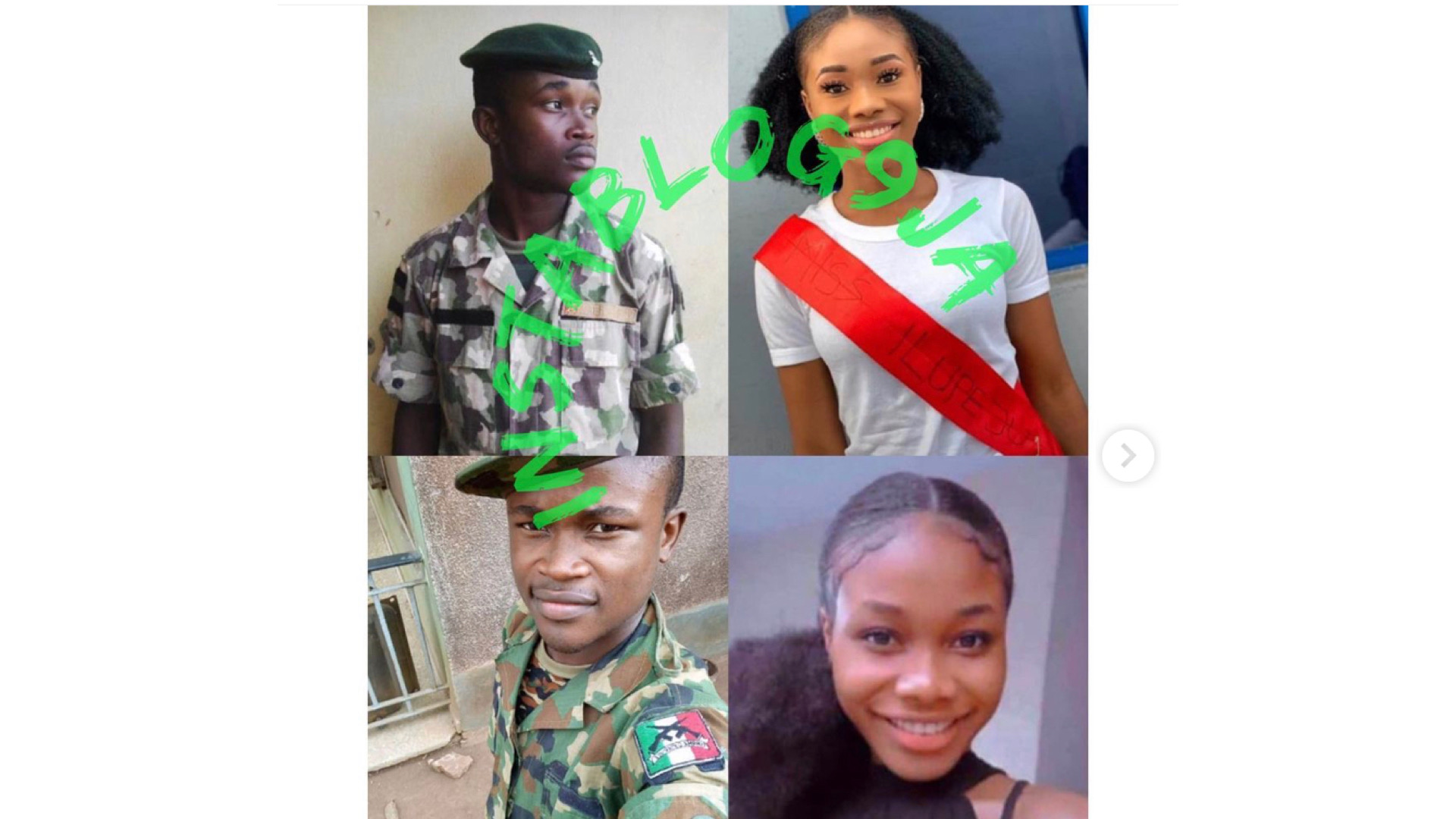 A Nigerian soldier whose name is Jay Matol is accused of brutally raping, and cutting off the finger of his partner, Ugadu Jennifer which led to her death.

It was reported that Jay caught her cheating so he gave her his own judgement.

Jennifer is actually a student of Niger Delta University, and she’s in Level 200. The incident happened on the 11th od July 2021, and when her body was found, they saw multiple stab wounds and a trace of being flogged with a belt.

The report also says Jennifer struggled before she met her end with the killer. Her finger was cut off as she lay in her pool of blood.

Still examining the body, a gun shot was seen on her back and the bullets was not from a local gun. Furthermore, it was also concluded that she was found after days of her death as the her body wasn’t fresh kill.

A close friend of Jennifer said her friend have been complaining about how Jay used to abuse her over the time.

Jay was also said to have used her phone to confessed to the crime and threatened to commit su*cide in her department’s WhatsApp group.

Pastor Enoch Adeboye has predicted another disaster that will befall Nigeria