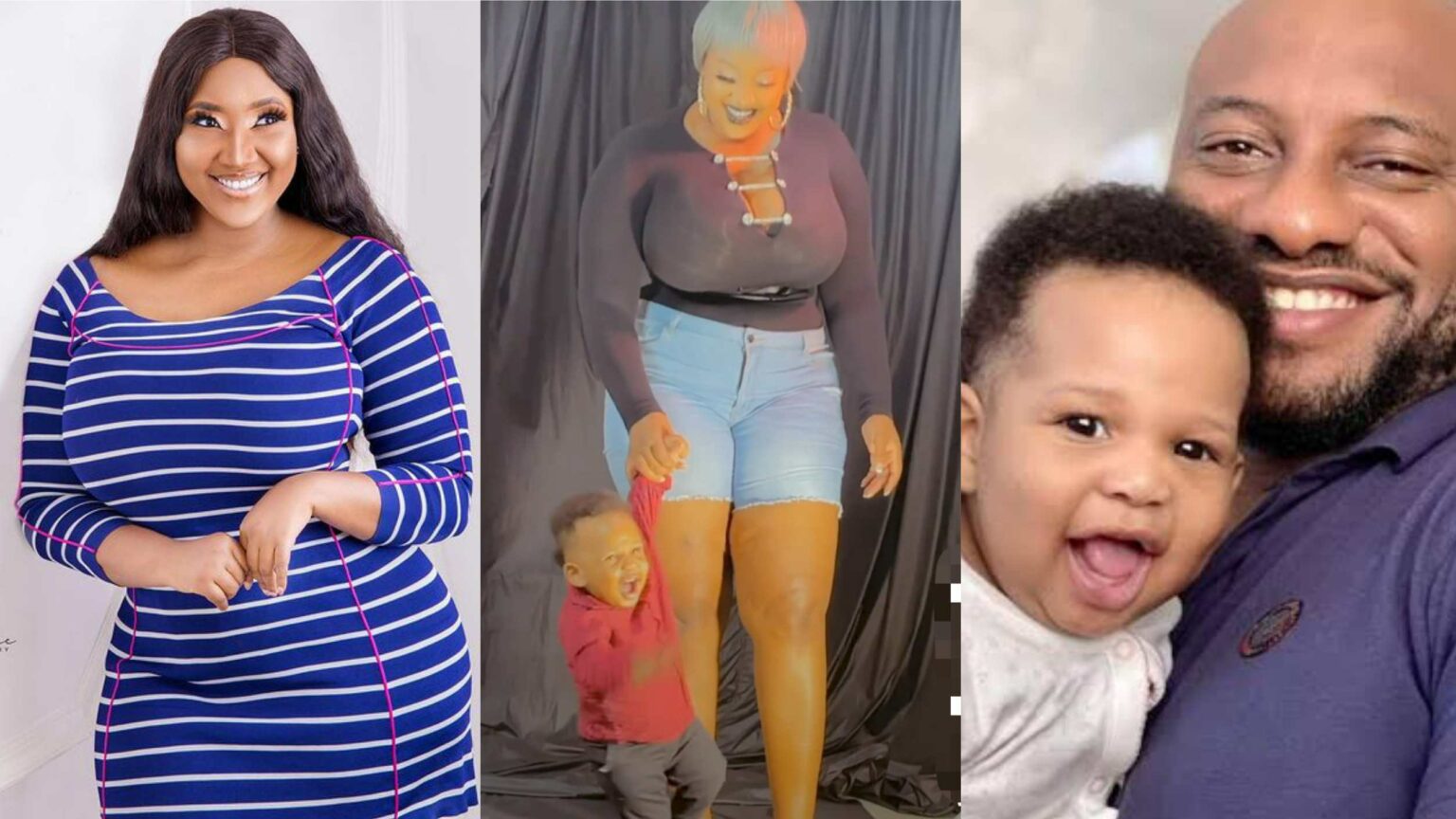 Judy Austin Edochie, the second wife of prominent Nollywood actor and hopeful presidential candidate, Yul Edochie, has publicly displayed the child she had with him in a video circulating online.

Remember that last month, Yul Edochie revealed the son he had with Judy Austin, sending the media into a frenzy. During that period, he also got married to Judy secretly and was confirmed by his first wife, May Edochie.

Following the admission, netizens and coworkers who were not pleased with the news aired their displeasure online.

Netizens had flocked to Judy’s Instagram page to continually slam her, claiming she was breaking into a house. Judy Austin, who seemed unconcerned by the situation, has resorted to Instagram to show off her son.

#BBNaija6: I like ashawo dresses. If it doesn’t show my bumbum or breasts I don’t want it – Angel (video)