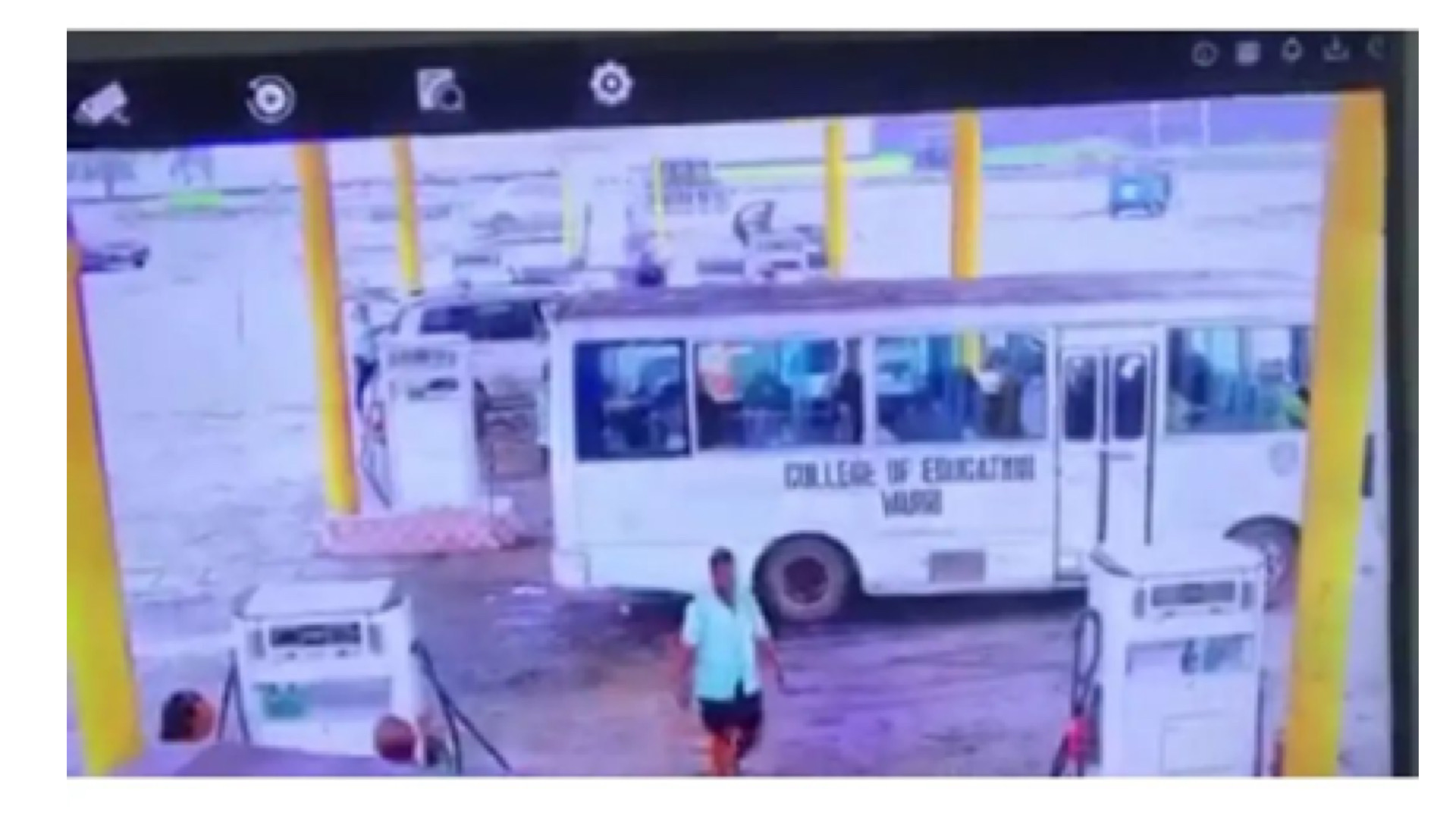 A bus conveying over 30 NYSC members went up in flames in a fuel station on the 28th of April, in Delta State.

The members of the NYSC are reportedly serving in Warri, Delta state, and are moving to Asaba for their Passing-out-Parade. The bus stopped at a fuel station to get gas before it caught fire.

IMPORTANT NOTICE !!! ::: YOU CAN GET FREE DAILY AIRTIME HERE >> CLICK

Another man grabbed the fire extinguisher to kill the flames from spreading and causing a huge blast. Watch the video below;

The man saving them is indeed a hero

In Europe that gentle man saving people will be awarded with a huge amount of money….by now he will be on every tv channel. He did a great job..OMG, God bless him 🙏

Thank you Lord. The guy saving them will never lack. God bless him. And why is the foolish narrator laughing? People don’t even when to laugh hissssss.

Thanks to all that helped. And I’m so happy no life was lost. The attitude and courage of those corp members is herculean. Pls let’s always try to switch off engines before we load it with PMS at the gas station.

The guy in jersey should be given a national award for bravery and direct employment into the federal fire service or NEMA.

"Show us your man," - fan asks DJ Cuppy about her relationship with her dogs, to which she replies