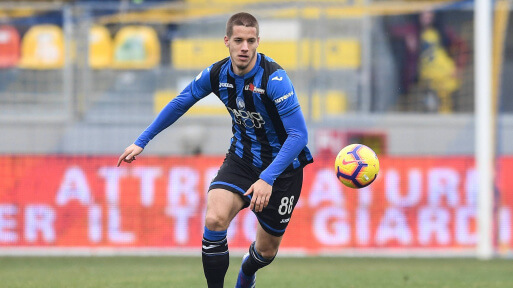 A 25 years old Chelsea has signed a new transfer deal for a new side. Mario Pasalic decided to join a Serie A club, Atlanta on a permanent deal as confirmed by Chelsea FC.

“Atalanta has today exercised their option to sign Mario Pasalic on a permanent deal.

The midfielder is currently spending his second year on loan at the Italian side and will now join them permanently ahead of next season.”

The young mid-fielder joined the Blues in the year 2014 from Hajduk Split in his native Croatia and was later loaned away to Elche in Spain.

He later came back and was then loaned away to France to play for Monaco and other clubs like AC Milan and Spartak Moscow.

He has represented the Croatian senior side 12 times, most recently in a friendly victory over Georgia back in November.

Wizkid shows off his riverside house, yacht and studio in Ghana (Video)