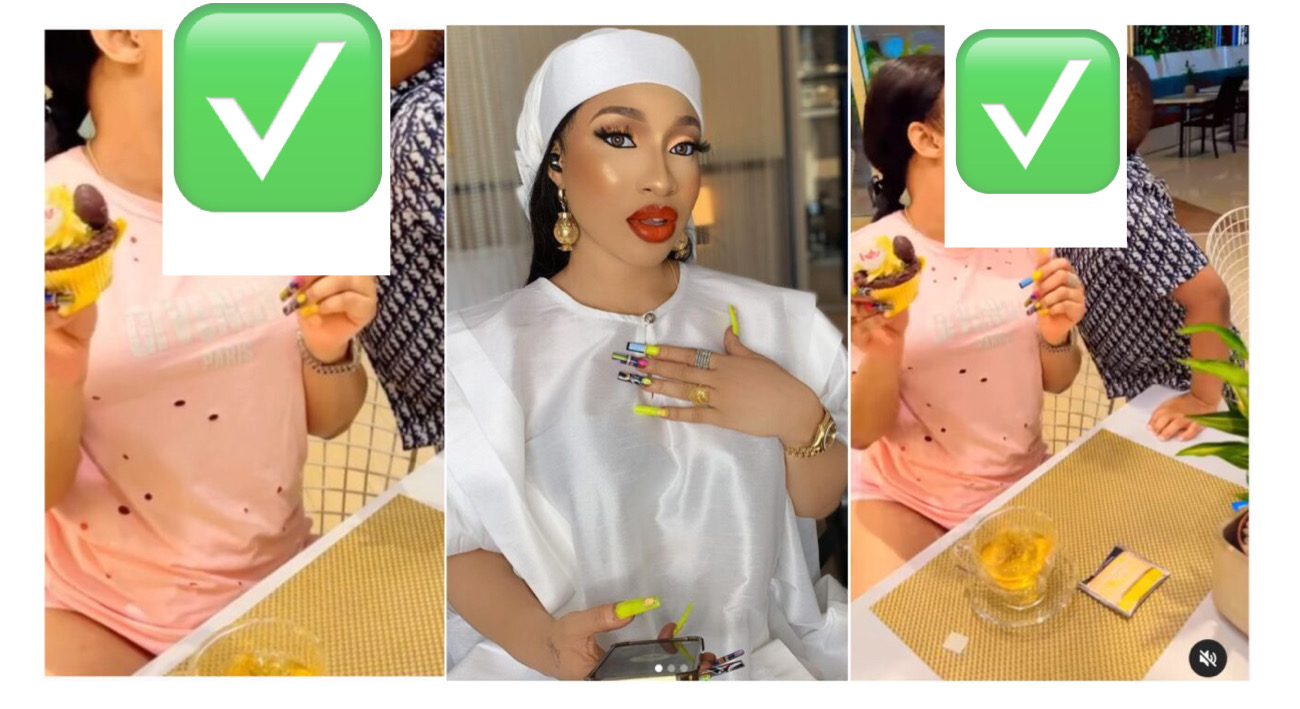 Veteran actress, Tonto Dikeh ki**es her son amidst being dragged for allowing him to smack her ‘B*m B*m’

Tonto Dikeh who goes by the name Tontolet, a Nollywood actress and drama queen, is definitely setting herself up to be dragged online by posting a video of herself kis*ing her son, King Andrea.

This comes just a few days after Tonto Dikeh was widely chastised for allowing her son to tap her behind while making a joke about it.

Tonto Dikeh took to Instagram to share a video of herself eating at a restaurant while wishing her fans and followers a happy Easter.

Tonto Dikeh’s son King Andrea, on the other hand, walked into the video, ki*sed his mother, and then left her.

“Shameless goat” – Toyin Lawani heavily shames Caroline, calls her out for sl##ping with her ex-husband, and more