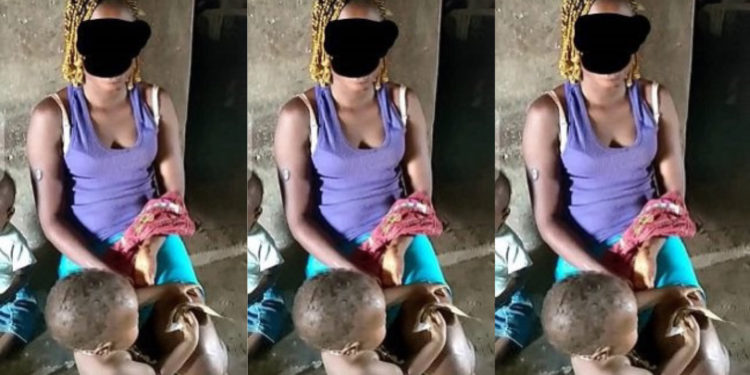 A woman from Ekiti state identified as Joy Fatoba has been arrested for carrying out a very inhuman act on her children.

Joy Fatoba has a two year old twin children and she locked them up in a room without feeding them for three days.

Someone in the neighborhood reported the act to the Ekiti state police command which they quickly responded to.

Mr Sunday Abutu, the spokesman of the Ekiti state police command confirmed the acts of the mother maltreating her twin children. The twins have been taken to the hospital for medical care.

“Today being 05/04/2021 at about 0945hrs, a distress call was received from a good Samaritan that a lady, who was later identified as Joy Fatoba of IgbaraOdo, locked up her twin babies in her room since about three days ago without food and threatened to kill them should anyone compel her to open the door.

During interrogation, the lady narrated that the father of her kids left her for Calabar during pregnancy and has refused to return to take care of her and the kids.

According to her, she could no longer fend for herself and her two kids recently because her hair dressing work started failing.

It was gathered that the two kids, who appear unhealthy, are already two years old but can neither walk nor stand on their own without support due to undernutrition. As a result the babies were immediately taken to the hospital for medical care and examination while investigation has already commenced and the Command shall ensure the safety of the kids and their Mother.”

Video claiming Kiddwaya’s brother, Tersoo had an encounter with a s£x worker and refused to pay 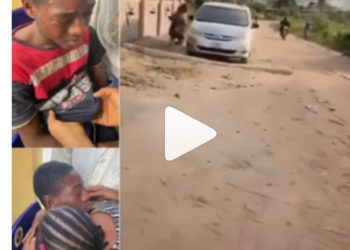 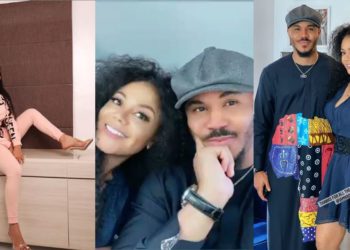 Video claiming Kiddwaya’s brother, Tersoo had an encounter with a s£x worker and refused to pay

OAP, Destiny Amaka shows off banging body on the beach (video and photos)

#BBNaija: “My fans will join forces with your fans and vote for you, because you are with me” – Erica tells Kiddwaya (Video)