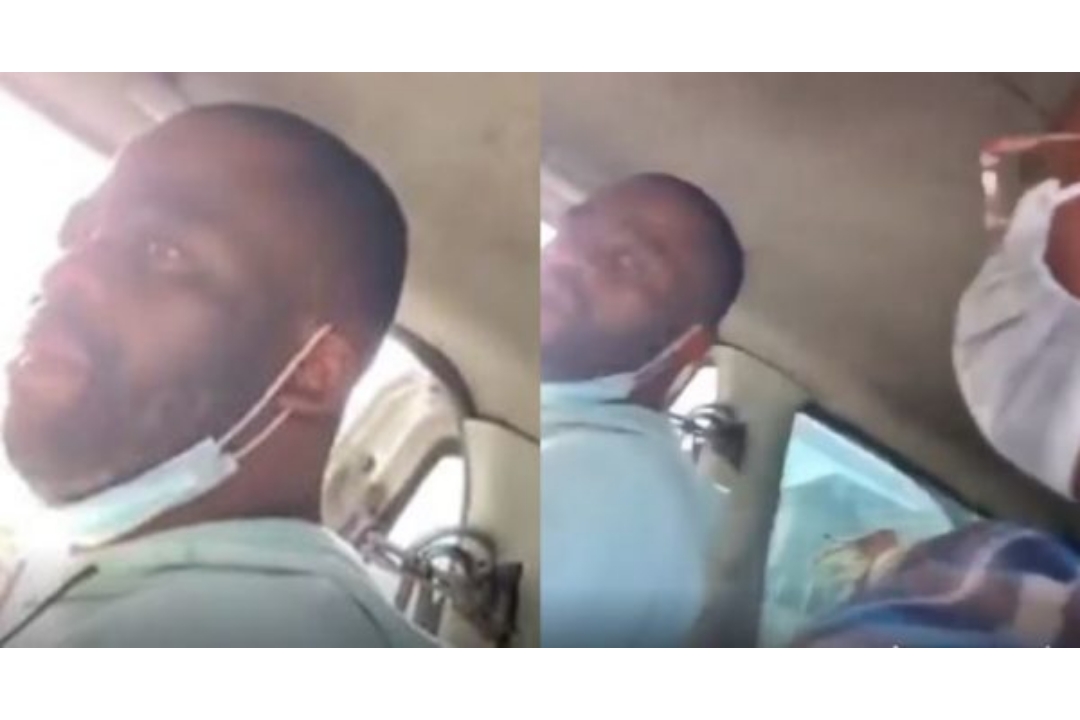 In a viral video making rounds on social media platforms, a man was seen having a verbal argument with a lady on a bus. According to what was seen and heard in the video, the lady was captured holding pepper spray in her hands as a form of defense against any unwanted confrontation or attack from anyone.

The lady could be heard and seen exchanging words with the unknown man who have reportedly touched her inappropriately while they were in transit.

The lady had confronted the man after touching her to give her a warning before further action, upon doing that, the man in response justified his actions by saying the lady has a leg chain. Seeing nothing wrong with what he did, he gave the meaning of what having a leg chain means: ‘I’m married, but available, Na because of me you carry pepper spray… na street be this. Somebody likes you, you have a leg chain,”